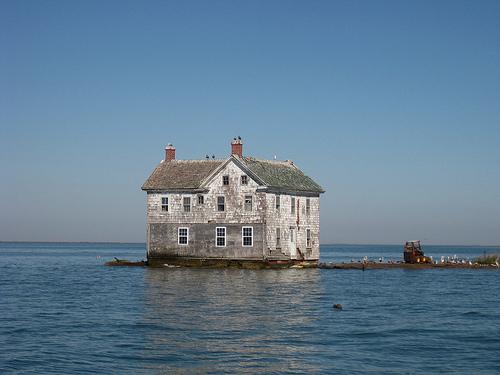 Our weather keeps getting weirder. We’re seeing record-busting heat waves, droughts, thaws, and forest fires, freakish “derecho” storms, and spring striking weeks too early. Most of these trends are either caused or exacerbated by another, underlying problem: climate change.

Yet the more extreme our weather becomes, the less attention the media pays to this deadly scourge. Conservative politicians, determined to deny the existence of global warming, are taking advantage of this information vacuum to mandate collective ignorance. 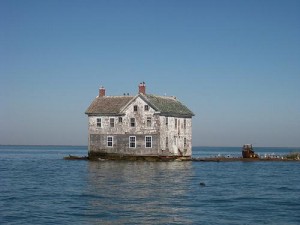 Consider a new North Carolina law that dictates how the state should go about forecasting the state’s swelling sea levels.

Lawmakers and lobbyists were shaken up by a 2010 report from the state’s Coastal Resources Commission. The members of the panel that drafted this straightforward document, which included several retired Army Corps of Engineers experts, dared assert that North Carolina should prepare to deal with an estimated 39-inch rise in its sea levels by the end of this century. That kind of increase would put 200,000 square miles of coastal land at risk.

Since this finding clashed with their brand of climate change denial and would have had major repercussions for real-estate developers, lawmakers tried banning the pursuit of this kind of scientific research.

An early version of North Carolina’s new law was so absurd that comedian Stephen Colbert ridiculed it on his TV show, prompting lawmakers to water it down.

Although North Carolina Governor Beverly Perdue, a Democrat, urged Republican lawmakers to reconsider their blatant disregard for scientific integrity, she nonetheless neglected to either veto or sign the bill — ushering it into law.

This willful ignorance pervades Congress too. Conservatives like Sen. Jim Inhofe regularly oppose federal effort to assess or address climate change. “I thought it must be true until I found out what it cost,” the Oklahoma Republican accidentally explained during an interview with Rachel Maddow.

But making the systemic changes required to slow climate change will cost far more if we wait — that’s a big part of what Al Gore dubbed “an inconvenient truth.”

Gore, like other major climate-action advocates, sacrificed his stature to take the high road in this fight. Remember the former vice president’s great speech at the Democratic National Convention? Oh, right, he didn’t make the cut this year.

Maybe that had something to do with Gore’s harsh critique of Obama’s climate record in Rolling Stone magazine last year. He also skewered the media’s spineless coverage in that essay, which probably didn’t endear him to many journalists.

Mohamed Nasheed, the former president of the Maldives, is another vanishing climate celebrity. As the leader of the world’s lowest-lying nation, he vociferously pointed to his country’s flood-prone status, and trumpeted the need for action. His influence was short-lived. Moneyed interests quickly arrived to support restoration of the dictator whom he had replaced, and Nasheed was soon overthrown in a disputed coup. Sadly, Washington was quick to recognize the Maldives’ new government.

At the same time, Americans are being fed a steady diet of climate misinformation from a growing number of supposed experts funded by coal, oil, and gas companies. In some cases, this hot air is now required reading in schools, thanks to the ease with which energy companies exercise their fabled muscle on pliable legislatures.