Call it a Freudian slip, call it overconfidence emerging from a big win in the Florida Republican primary, call it a classic, out-of-touch-sounding "Rich Romney" gaffe

The "ample safety net" that Mitt referenced during an interview with CNN's Soledad O'Brien would be shredded if his policies were to be enacted.
By Emily Schwartz Greco | February 2, 2012 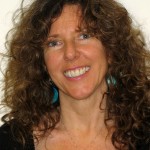 Karen Dolan, an IPS expert on poverty and the nation’s frayed safety net, has published an op-ed on CNN’s website in response to GOP presidential hopeful’s latest “oops” moment:

“I’m not concerned about the very poor.” Oops. Mitt Romney messed up. Again. This was a bigger “oops moment” for Romney than when he said a few weeks ago that the $374,327 he earned in speakers’ fees over the course of 12 months amounted to “not very much.” It was bigger than “I like being able to fire people.” It was the biggest since he blurted out that “corporations are people, my friend” at the Iowa State Fair.

Call it a Freudian slip, call it overconfidence emerging from a big win in the Florida Republican primary, call it a classic, out-of-touch-sounding “Rich Romney” gaffe. It may be all of those things, but this comment represents a scripted piece of the Romney campaign strategy. He hopes to co-opt an Obama campaign message aimed at appealing to the middle-class voters each will need in the general election.

Due to CNN.com’s editorial policies, we’re unable to post the whole thing here. But please read it on their website, and check out some of the 1,800 comments logged so far. Since too many of them are unsympathetic toward the poorest among us, be sure to weigh with your two cents, and spread the word via Facebook and Twitter.

Update: Many conservatives are attacking Romney in the wake of this gaffe. The Daily Kos has a fantastic summary. Here’s a sample quote from National Review’s Jonah Goldberg: “His language makes him seem like a caricature of a conventionally stiff country club Republican.”