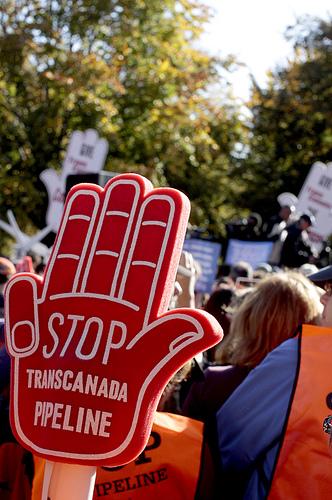 The people and companies pushing the tar-sands pipeline don't want you to know that most of this oil won't be made into gasoline for our vehicles.
By Jim Hightower | April 9, 2012

“It’s certainly true,” declared Energy Secretary Stephen Chu, “that having Canada as a supplier for our oil is much more comforting than to have other countries supply our oil.”

He was referring to the Canadian tar sands oil that TransCanada Corporation intends to move through the Keystone XL pipeline it wants to build from Alberta to refineries on the Texas Gulf Coast. He and lobbyists for the pipeline assert that filling America’s gas tanks with fuel derived from Canadian crude will cut U.S. dependency on the oil we get from unstable and unfriendly nations.

Good point! If it were true. However, ask yourself this question: why go to the expense of piping this stuff 2,000 miles through six states, endangering water supplies and residents with inevitable toxic spills, when there are oil refineries much closer to Canada in the Midwest? What’s the advantage of sending Canadian crude to refineries way down in Port Arthur, Texas? Aha — because it’s a port! 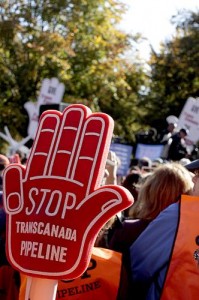 What the pushers of Keystone want to keep secret from you and me is that this oil will not be made into gasoline for our vehicles. Most of it will be refined into diesel and jet fuel and exported to Europe, China, and Latin America.

The claim that the pipeline will reduce our reliance on OPEC is an outright lie. Such oil giants as Valero, Motiva, and Total have already rejiggered their Port Arthur refineries specifically to make diesel and jet fuel, nearly all of which will then be piped into tanker ships at the port and sent abroad. In presentations to investors, Valero openly touts its export strategy, even showing world maps with convenient arrows pointing from Port Arthur to its foreign customers.

You’d think our energy secretary would know this dirty little secret and come clean with the American people.