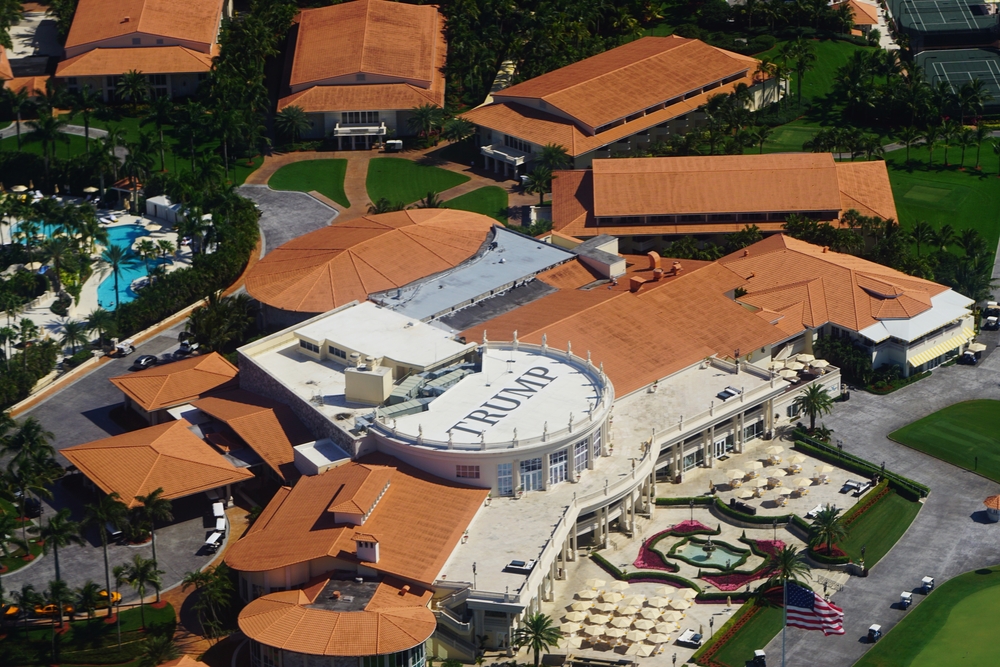 A luxury Trump hotel and golf course in Miami (Shutterstock)

Killing Someone Is Not Like Missing a Golf Putt

Trump’s vile equivalence of a golf putt to police violence says a lot about the bubble America’s super rich live in.
By Sam Pizzigati | September 9, 2020

Trying to keep up with the stunningly inappropriate — and worse — remarks of Donald Trump can sometimes seem like a full-time job. But some of his most outrageous comments came in a recent Fox News interview about police violence.

In an interview with right-wing media superstar Laura Ingraham, Trump sloughed off this year’s widely reported instances of police brutality against Black people — like the seven shots a Kenosha police officer fired into the back of the 29-year-old Jacob Blake — as “chokes” by officers “under siege.”

And what exactly did the president mean by “chokes”?

“They choke just like in a golf tournament,” Trump explained. “They miss a three-foot putt.”

By blaming police violence on simple “choking” under pressure, the Washington Post’s Philip Kennicott pointed out, the president was inviting Americans to embrace the notion that our behavior “isn’t rational, isn’t learned or practiced, and isn’t governed by norms,” but just “about always trusting your immediate impulses.”

Trump governs by this instinct, Kennicott continues, “and then projects that same style of governance on everyone else.” If we accept his perspective that impulse determines everything, “he wins the game, and we devolve from the imperfectly conceived world of Madison and Jefferson to the darkest ideas of an ungovernable state of nature.”

All points well-taken. But we can go deeper here.

The president’s “three-foot putt” analogy doesn’t just reveal the sordid worldview of an impulsive man. Trump’s vile equivalence between a golf putt and police violence has so much more to tell us about the bubble of enormous wealth that has always enveloped him — and so many others of his super-rich class.

The offspring of America’s super rich, like Donald Trump, grow up and take their places in a world that bears no resemblance to the world the rest of us inhabit.

They never face the pressures and tensions that define the daily lives that people of modest means lead. They never worry about making the monthly rent or what will happen if they lose a job. They don’t have to accept the indignities that awful bosses inflict. They do the bossing.

The rich do, to be sure, face pressures, but pressures of an entirely different sort.

So Donald Trump, struggling to explain what he meant when he said that police officers can “choke,” reached for the only quick analogy he could dredge up from his own personal experience. Yes, those three-foot putts can really test a person’s character. Anyone at a plush country club bar can tell you that.

Trump’s analogy thoughtlessly trivializes the deadly violence against Jacob Blake. But his thoughtlessness should come as no surprise. The super rich may speak the same language we speak. But they see the world through a different lens.

And that creates real problems when we let billionaires gain political dominion over us, when we let them amass personal fortunes large enough to distort our elections, and when we let their philanthropy narrow our public policy choices.

Trump’s personal psyche fully deserves all the attention psychologists are giving it. He may well be a textbook example of a “malignant narcissist.” But “curing” Donald Trump won’t cure the toxicity in our culture that intense concentrations of income and wealth make all but inevitable. Only steps toward a significantly more equal society will.

Donald Trump won’t take any of those steps. Neither will his class. That task remains ours.

Sam Pizzigati co-edits Inequality.org for the Institute for Policy Studies. He’s the author of The Case for a Maximum Wage and The Rich Don’t Always Win. This op-ed was adapted from Inequality.org and distributed by OtherWords.org.