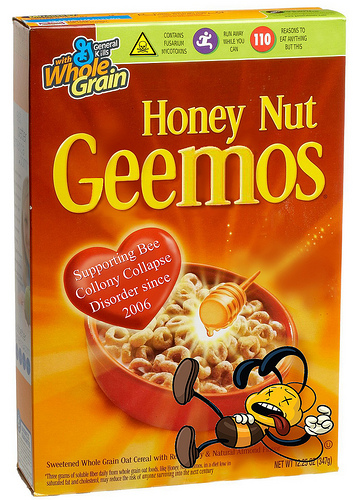 Engineering Away Consumer and States Rights

A new bill would block efforts to mandate the labeling of genetically engineered foods.
By Jim Hightower | April 22, 2014

Pompeo is the right-wing Congress critter from the Ideological Republic of Kochistan. A businessman firmly woven into the Koch Industries fold, this Republican from Wichita, Kansas, became the billionaire brothers’ personal congressman in 2010, when their money squeegeed him into a House seat.

A former Koch Industries lawyer was dispatched to run his office, and the Kansas Republican dutifully mouths the company line in Washington.

But in early April, with pressure building up within him to do a major favor for his patrons, Mount Pompeo blew.

He became the lead sponsor of an industry-written bill that meets both the ideological and profiteering goals of Koch Industries, Monsanto, and the Grocery Manufacturers Association (the lobbying front for Big Food). That bill would make it easier for brand-name food giants to continue deceiving consumers about the use of genetically modified organisms in their food products.

More than 90 percent of consumers want food manufacturers to label any products containing those risky GMOs so they can decide for themselves whether to buy reengineered foods. Some 23 states are now considering laws to require these right-to-know labels.

So here comes Pompeo, spewing ash and noxious gas, not only to keep families in the dark about what they’re eating, but also to snuff out their political rights.

His bill bars states from enforcing their own labeling laws and says any federal labeling provision must be “voluntary.” Also, it usurps the scientific process to declare by legislative fiat that these altered foods are “safe” and can even be labeled as “natural.”

To keep up with Pompeo’s toxic eruptions, visit the Center for Food Safety’s website.