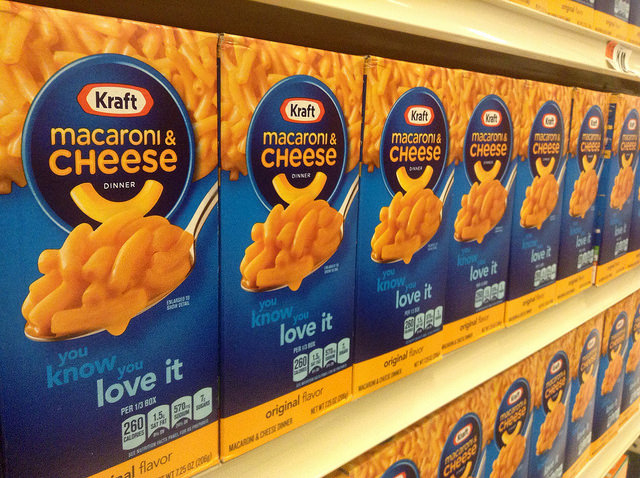 Even if its neon orange shines a little less bright, it's still junk.
By Jill Richardson | April 29, 2015

Kraft made news the other day with this announcement: Beginning next year, its macaroni and cheese will no longer contain artificial preservatives or colors.

One of the favorite foods of American kids will more closely resemble something that actually comes from the earth, instead of something scientists concocted in a lab.

Maybe Kraft is making this move because it’s losing market share to organic products — although the company still sells half-a-billion dollars worth of the stuff annually.

As it turns out, the famous nuclear-orange color of Kraft’s mac and cheese can be obtained from natural ingredients like turmeric, annatto, and paprika — instead of artificial food dye.

Its nutritional problem comes from the other ingredients: the macaroni, and the cheese.

With or without preservatives, Kraft’s mac and cheese is just refined carbs coated in a dairy-based sauce, which may or may not qualify as cheese.

Singling out Kraft isn’t fair. A large number of foods in any grocery store are made from refined wheat flour. 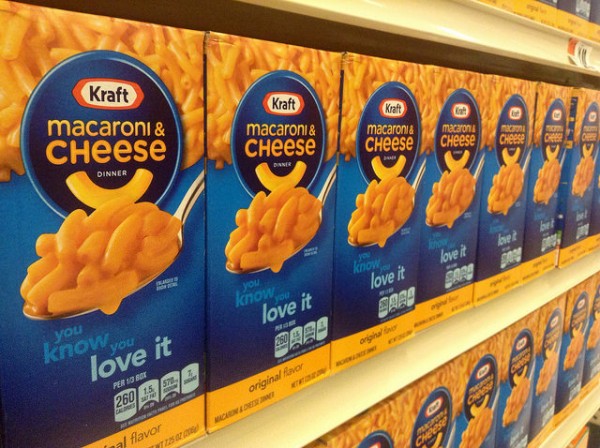 What does that mean? To understand it, consider the three main parts of a grain of wheat: the bran, the germ, and the endosperm. The bran and the germ are where the nutrition is: fiber, vitamins, minerals, and antioxidants.

The endosperm is mostly just carbs. It’s also what we make most flour out of. It’s where white bread comes from. And macaroni.

In effect, we take the two most nutritious parts out of the wheat and then eat the rest. By contrast, whole wheat products include — you guessed it — the whole wheat grain, with all the nutrients.

Then there’s the cheese, if you can call it that.

Cheese is typically made from a combination of milk and/or cream with cultures and a curdling agent. Milk contains two types of proteins — whey and casein. When you make cheese, you want the casein to trap the fat in the solid cheese. The whey drains off as a watery liquid.

Well, at least the milkfat’s supposed to be there.

Where’s the casein? It’s hidden in the milk protein concentrate. That mysterious substance is essentially a cheap imported product made by filtering out the liquid and most of the nutritious minerals from milk, leaving behind a powder that’s mostly protein.

So even if its neon orange shines a little less bright, it’s still junk.