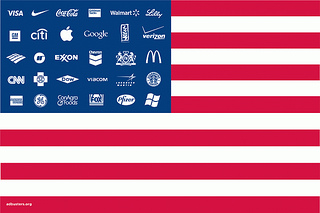 The Latest Trend in Trade Secrets

The Obama administration is quietly forging two deals that are being written by and for the benefit of corporations, to the detriment of workers and consumers.
By William A. Collins | September 25, 2013

As our jobs
And pay degrade,
Moguls smirk
And tout “Free Trade”

Neither the Trans-Pacific Partnership (TPP) nor the Transatlantic Trade and Investment Partnership (TTIP) have scary-sounding names. But these pacts will hurt millions of people while making the world much safer for corporations. So far, and only under great pressure, has Obama reluctantly let some of our own lawmakers glimpse certain sections.

This secrecy exists for good reason. If normal citizens or rank-and-file members of Congress got the drift of what is going on there’d be a revolt. To say the least, these deals aren’t designed for our benefit.

Quite the contrary. They’re being written by and for the benefit of corporations, to the detriment of workers and consumers. This follows the baleful path of our earlier trade and investment deals, including NAFTA, CAFTA, the WTO, and the U.S.-Korea Free Trade Agreement.

The big winners in all these pacts are the companies that conjure them up: huge banks, PhRMA members, mining conglomerates, tobacco giants, Big Ag’s denizens, and every other pillar of the U.S. Chamber of Commerce. 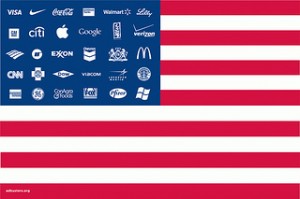 Mining companies are already taking full advantage of these pacts. Foreign companies can challenge national rules restricting arsenic, cyanide, and other forms of pollution in global trade panels, and governments have been forced to pay up for enforcing their own laws. As El Salvador has learned through its attempt to outlaw gold-mining over the objections of Canada’s Pacific Rim Mining Corp., the litigation process is long, convoluted, and expensive.

The new trade deals Obama is championing would make it even easier for global corporations to override national laws that get in their way. For one thing, they may override our Dodd-Frank Law on financial regulation. That would allow international banks to “streamline” regulations and once again create reckless new securities. PhRMA, too, is looking for friendlier international regulations, even though it already uses NAFTA and other accords to challenge patent laws it finds inconvenient.

This corporate quest to “harmonize” national rules would mean oversight would sink to the lower common denominator around the world. No wonder these deals are being forged in secret.

What about the trade agreements we already have? They aren’t exactly generating jobs or boosting the economy. You may recall the (not nearly) controversial (enough) Korea, Colombia, and Panama pacts, which Obama touted so enthusiastically.

Well, the numbers are coming in. Instead of our exports to Korea doubling, they’ve shrunk. Rather it’s Korea whose exports to the our shores have zoomed. And that Colombian pact? It has disrupted agriculture in the South American nation, seeding waves of unrest led by irate farmers.