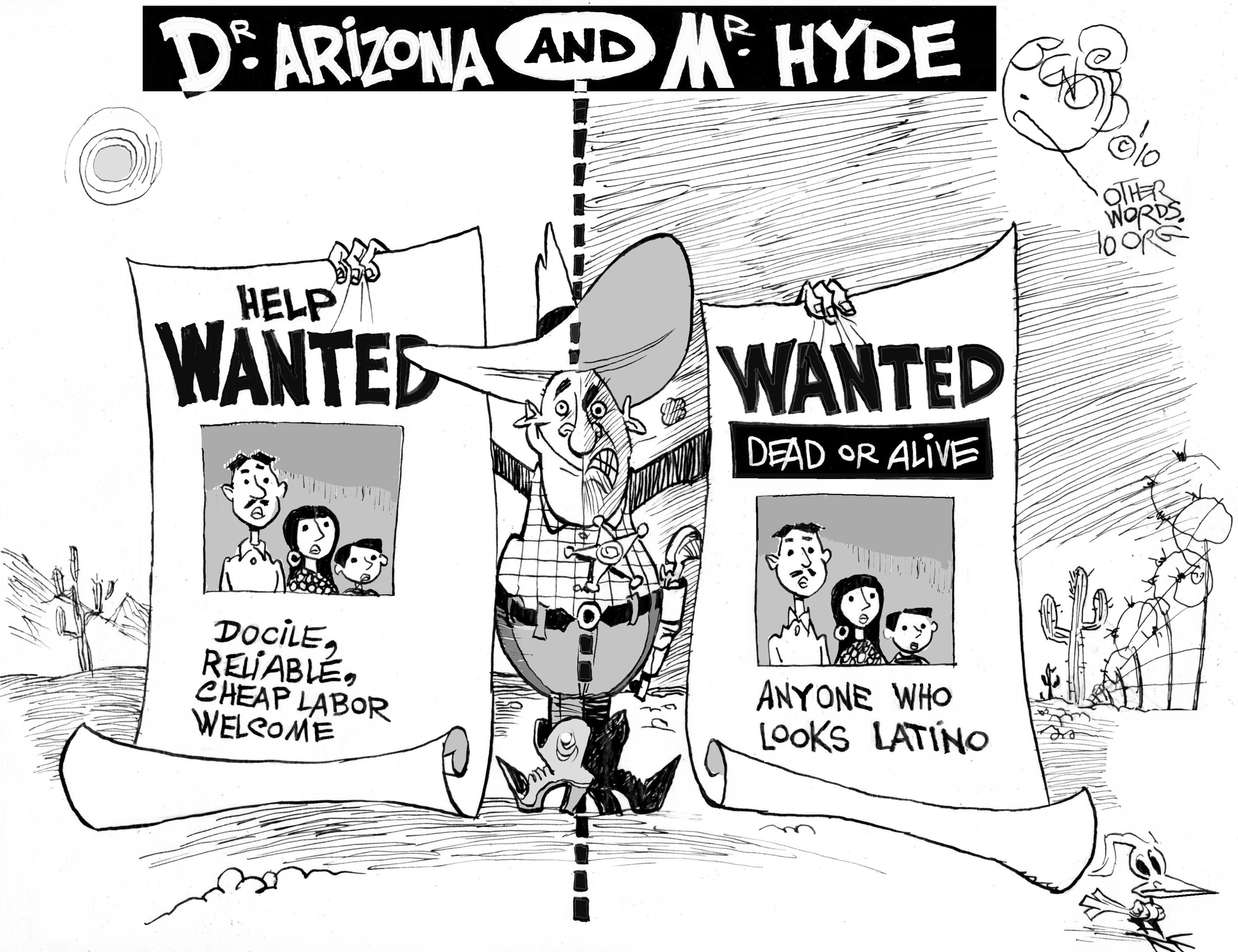 Arizona Gov. Jan Brewer has signed a statewide law forcing local police officers to question and potentially detain anyone they “reasonably suspect” to be an undocumented immigrant. If you believe our local law enforcement agencies, which will be required to implement the mandates of this law, it will lead to mistrust between police and the people they have sworn to protect.

This new immigration law violates due process, civil rights, and federal sovereignty over immigration policy. While I believe the courts will quickly overturn it, I’m concerned that the damage to my home state’s credibility has already been done. 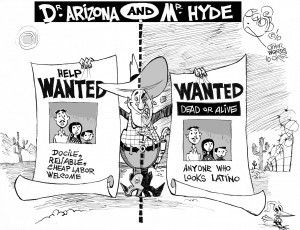 Arizona has long been the epicenter of our national immigration debate. Unfortunately, that debate has been driven by extremists like Maricopa County Sheriff Joe Arpaio, who is under a federal investigation for civil rights abuses. Arpaio, like Brewer, seems to believe that every immigrant is equally capable of being a violent drug dealer to be dealt with harshly. Although this belief has no basis in fact, it has been the foundation of a fear-based campaign against immigrants and people of Hispanic descent for years.

Indeed, opportunistic political voices have worked hard to make a connection between crime and immigration where none exists. Forget the rhetoric for a moment and consider the facts. In 2008, the Immigration Policy Center found that on the national level, U.S.-born men aged 18 to 39 are five times more likely to be incarcerated than immigrants. While the number of undocumented immigrants in the country doubled between 1994 and 2005, violent crime declined by nearly 35 percent and property crimes by 26 percent over the same period.

Unfortunately, this information doesn’t change the way people think about immigration. It’s become a gut reaction issue. If you think immigrants are criminals, then a law targeting anyone “reasonably suspected” of being an immigrant sounds like a good idea. Even though prominent officials at all levels–from President Barack Obama to border county sheriffs–have called the law unjust and counterproductive, there will always be a constituency for this kind of punitive measure.

Turning immigrants into scapegoats for every social and economic setback is not what America should be about. The new Arizona law has introduced the unspoken word “race” into the debate. By promoting racial profiling as a legal tool, it has effectively unmasked a very real motivation for some people to oppose meaningful immigration reform.

I believe we need comprehensive, nationwide immigration reform. While we continue to debate what that should look like, I believe the laws of this country should be enforced and respected. Those laws include the principle that the federal government, not state or local authorities, sets immigration policy. States can no more supersede federal immigration law than enter into their own treaties with foreign governments. By inventing a new way for local officials to treat American citizens as potential criminals, Arizona has violated that principle. The state has said, in effect, that if you’re walking down the street and forgot your wallet at home, you could be hauled downtown because you look like an undocumented immigrant. That’s not how the rule of law works in this country.

On a practical level, local law enforcement agencies do not have the manpower or financial capacity to serve triple duty as street cops, Border Patrol agents and Immigration and Customs Enforcement officers. Conservatives who worry about government overreach and unfunded mandates should be up in arms about this law. Their silence is disappointing. This is not a left-right issue. It’s a question of basic constitutional process.

Voters shouldn’t be blind to the troubling aspects of this law: It sets a legal precedent that anyone “reasonably suspected” of a crime is subject to questioning and search without a warrant, and it suggests that other states should feel free to invent their own immigration laws. This isn’t a road we want to travel any further down than we already have.

This law should be overturned without delay, and Congress should take up comprehensive reform the same day.