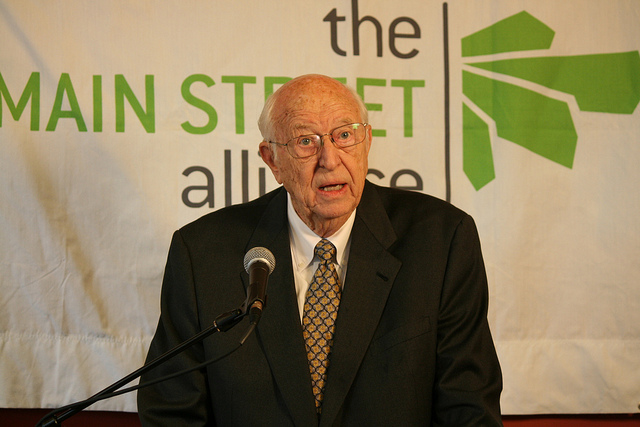 Leave No Generation Behind

Over a decade ago, I got a call from Bill Gates.

Not the Bill Gates you’re probably thinking of. It was Bill Gates Sr., the Microsoft founder’s dad. He was eager to speak out in support of the federal estate tax, our nation’s only levy on inherited wealth.

He called it the “gratitude tax.” If you were fortunate enough to make millions, he believed, then you should “recycle your opportunity” for the next generation.

Bill Gates Sr. served in the Army in World War II. When he returned, the GI Bill enabled him to attend college and law school for free. His debt-free education propelled him to a career as an attorney and allowed him to provide excellent educational opportunities to his three children — one of whom is one of the two richest people on the planet. 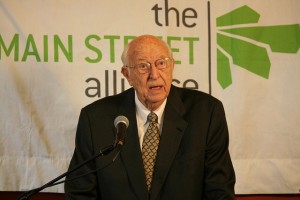 Over the last three decades, staggering inequalities of income, wealth, and opportunity have emerged. As Federal Reserve Chairwoman Janet Yellen observed recently, the U.S. households in the bottom 50 percent lost half their net worth between 1989 and 2013, while the top 5 percent saw their net worth double.

This inequality is hitting the rising generation hard, as today’s students graduate into a much tougher job market than their parents did.

We need a GI Bill for the next generation. It would be a game changer for equality of opportunity.

That’s where the “gratitude tax” comes in.

A similar fund at the national level — call it the Education Opportunity Recycling Fund — could provide debt-free or low-cost tuition for all American students, financed by revenue from the federal estate tax.

Access to funds could be linked to completion of two years of national service, either in the military or in community service programs such as AmeriCorps. The current benefits for both of these forms of national service are woefully insufficient to expand college opportunity.

The “recycling fund” would be the mechanism through which America’s millionaires and billionaires would pay back the society that made their wealth possible, thanks in part to public investments in education, infrastructure, property rights protections, and so much more.

The fund would have at least three major benefits.

First, it would boost college access while reducing student debt.

Second, it would put a brake on the growing concentration of wealth and power that’s corroding our democracy.

And finally, it would help reweave the social fabric of our communities, as young people in national service programs work side-by-side as teacher aides, elder care workers, and protectors of our natural areas.

The Greatest Generation after World War II was created not only by their own grit, but also through major public investments in their prosperity.

A similar investment is required for the next generation to rise to their full potential. Why should our greatest generation be behind us?

Chuck Collins is a senior scholar at the Institute for Policy Studies and the co-author, with Bill Gates Sr., of Wealth and Our Commonwealth: Why America Should Tax Accumulated Fortunes. IPS-dc.orgDistributed via OtherWords.org