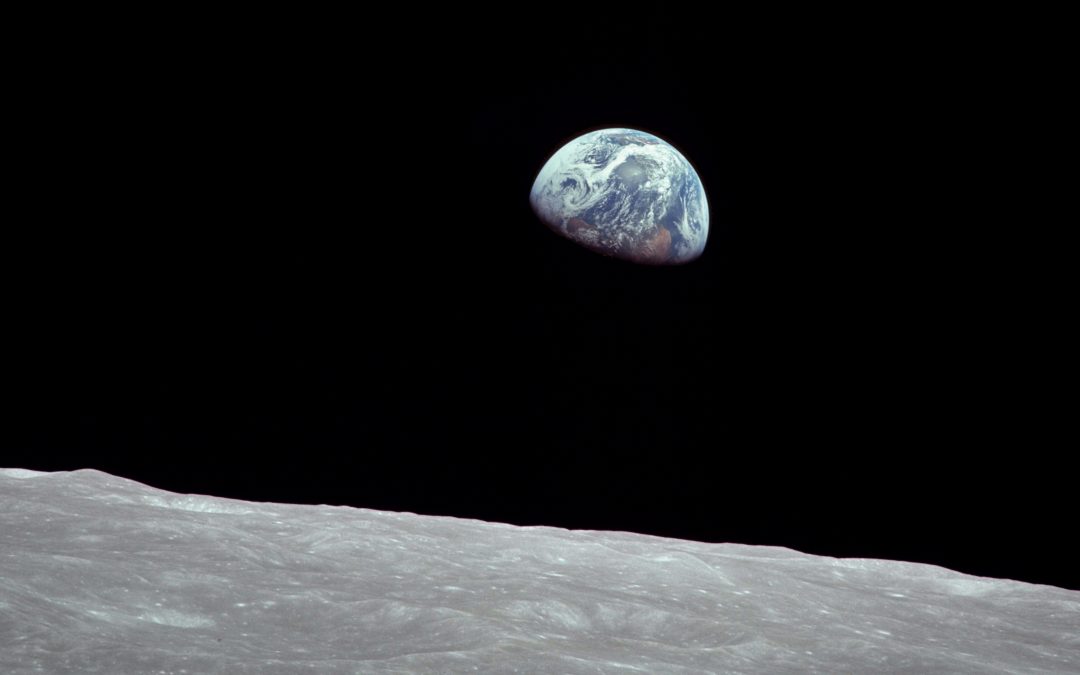 The trip to the moon led to our nation’s greatest gift to humanity: the first-ever photo of our beautiful, fragile planet.
By Jeff Vogel | July 16, 2019

We’ve been celebrating Columbus Day as a national holiday for over 80 years now. But if we truly want to celebrate the discovery of a “new world,” we’d reevaluate this annual ritual and start celebrating another historic journey instead — one we could start marking this very month.

The brave journey Columbus made back in 1492 came courtesy of the Spanish monarchy and its never-ending pursuit of greater wealth. That initial Columbus voyage turned out to be the opening salvo of a catastrophic genocidal holocaust visited upon “new world” native people, hardly a historical moment worthy of continued celebration.

In 1969, by contrast, U.S. taxpayers bankrolled a voyage of discovery absolutely worthy of unequivocal celebration. That July, our courageous astronauts went to the moon.

Like a seedling that reaches for the sun, humans have always had the urge to explore. The moon voyage represented a culmination of that historic urge via an amazing collective effort that required years of preparation and teamwork by scientists, engineers, and astronauts.

Neil Armstrong’s first steps on the moon were a momentous occasion. But the most significant moment of that awesome journey came a little earlier on.

That special moment came en route to the moon, when our astronauts turned back to look at the Earth. They snapped the most momentous image in human history — our nation’s greatest gift to humanity, in my opinion — the first photo of the whole Earth swimming in space. In an instant, we all saw our old Earth as a new world.

This astoundingly beautiful and humbling image has expanded our collective consciousness. Here we all are, huddled together on a tiny speck of stardust, confronting together the wonder — and fragility — of life on Earth. This photograph catalyzed the environmental movement and led to the first celebration of Earth Day.

Let us set aside July 20, the day a human being first walked on the moon, as a day to remember this profound accomplishment and all its implications, a day to contemplate whether we will embrace our wondrous existence or take it for granted and continue to trash our Mother Earth.

And that second Monday in October? Let’s celebrate it as a tribute to Italian-Americans, without the imprimatur of Mr. Columbus.

Let’s focus on the new world that really matters. Neil Armstrong had it right when he set foot on the moon and told us, “One small step for a man, one giant leap for mankind.” We have yet to fully embrace that leap.

Jeff Vogel is a retired respiratory therapist singing for peace and justice with the NYC Labor Chorus. This op-ed was distributed by OtherWords.org.