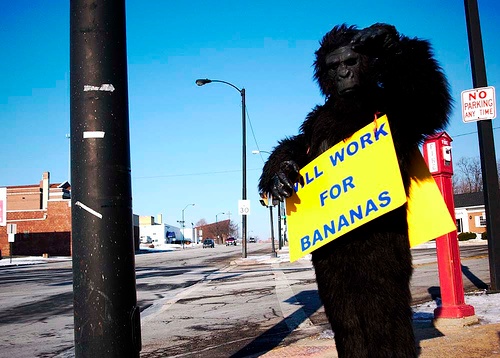 Whether you're talking about investors or workers, quality— not quantity — should determine whether conditions are good or bad.
By Jim Hightower | June 17, 2014

Have you noticed that the Powers that Be employ a different standard for measuring the health of America’s job market than they use for the stock market?

They’re currently telling us that the job market is “improving.” What do they mean?

Simply that the economy is generating more jobs for workers. But when they talk about the stock market “improving,” they don’t mean that the number of stocks investors may purchase is on the rise. Instead, they’re measuring whether assets are generally getting more valuable and making investors richer. 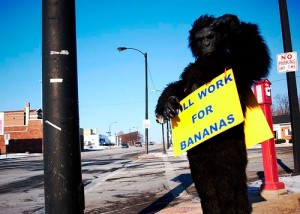 And isn’t value what really counts for workers and investors alike?

As a worker, you don’t merely want to know that 200,000 new jobs are on the market. You want to know what they’re worth: Do they pay living wages, do they come with benefits, are they just part-time and temporary, do they include union rights, and what are the working conditions? In other words, are these jobs or are they scams?

So, it’s interesting that the recent news of job market “improvement” doesn’t mention that of the 10 occupation categories projecting the greatest growth in the near future, only one pays a middle-class wage. Four pay barely above poverty level, and five pay beneath it, including fast food workers, retail sales staff, health aides, and janitors.

The job expected to have the highest number of openings is “personal care aide.” That’s the official description of the folks who assist aging baby boomers either in their own homes or in nursing homes. The median salary of an aide is around $20,000. Most of them enjoy no benefits, and about 40 percent of them must rely on food stamps and Medicaid to make ends meet. Plus, many labor in the “shadow economy,” vulnerable to being cheated out of those already miserly wages.

To measure the job market by quantity — with no regard for quality — devalues our workers themselves. Creating 200,000 new jobs doesn’t indicate economic health if each worker needs two or three gigs to patch together a barebones living.