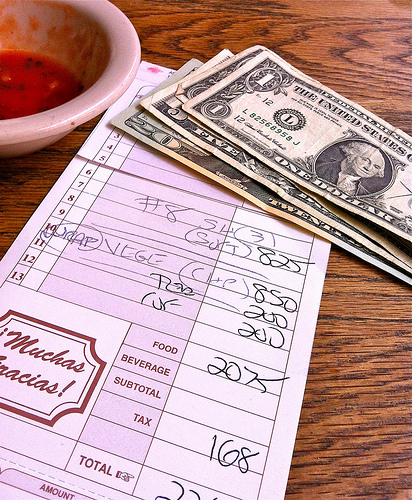 Raising the debt limit just allows the United States to pay our bills for money that Congress already spent.
By Elizabeth Rose | January 9, 2013

Sometimes when I get a bill I don’t feel like paying it. But I do, because I’m a responsible adult. If I don’t pay my bills, I get in trouble. It’s true for a family and for a government.

Republicans in Congress are creating another manufactured default crisis. Raising the debt limit doesn’t authorize new spending. It just allows the United States to pay our bills for money that Congress already spent.

Refusing to honor their commitments would mean undermining our nation’s credit rating and stiffing Americans on money they are owed.

If Congress doesn’t pay its bills, we all pay the price: workers with retirement investments in bonds, companies that do business with the government, and families who need home and student loans. 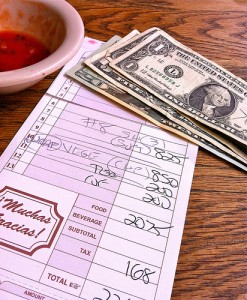 The United States has always honored our commitment to pay our bills. The Republicans serving in Congress authorized this spending. They need to pay what they owe.

Republicans making good on their threat to default would mean defaulting on U.S. bonds (most of which are held by Americans). The federal government would fail to pay its bills to the people and companies that do business with the United States, like doctors who treat Medicare beneficiaries; and this would raise the costs of consumer borrowing, like mortgages and student loans.

We’ve seen this movie before: Congressional right-wingers’ brinksmanship and recklessness created the default crisis in 2011 that rattled stock markets and hurt the economy. (Some called it the “tea party downgrade.”)

Economists have described the GOP’s actions as “economic sabotage” that almost derailed the recovery and did more damage to America’s credit worthiness than the debt ever has.

Defaulting on our bills is not the way to fix our economy. Acting irresponsibly will only make our economy worse.

Elizabeth Rose is the communications director for the Campaign for America’s Future, an organization that promotes progressive policies. Distributed via OtherWords. OtherWords.org