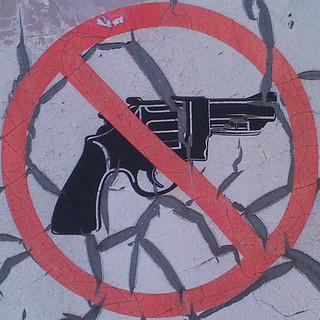 If Congress passed stronger gun laws and closed loopholes, it would save lives.
By Marian Wright Edelman | April 16, 2012

The Children’s Defense Fund dedicated our report Protect Children, Not Guns 2012 to the memory of Trayvon Martin and the thousands of other children and teenagers killed by guns in America. Guns killed a total of 5,740 kids in 2008 and 2009, according to the latest data from the Centers for Disease Control and Prevention.

In the fight to uncover what happened that night in Sanford, Florida, a few facts are clear. It involved two people: A teen carrying iced tea and candy and an adult carrying a gun and patrolling a gated community, despite having previously been under a restraining order for domestic violence and charged with resisting arrest with violence and battery of a police officer.

We must protect children from guns and pass stronger laws that would save lives. Closing the gun-show loophole would make a great start. 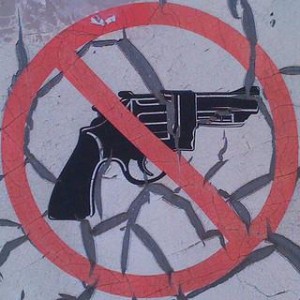 Congress should also restore the ban on assault weapons. It banned them in 1994, prohibiting the manufacture and sale of 19 types of semi-automatic, military-style assault weapons and high-capacity ammunition magazines. That law, however, expired in 2004. Legislation now pending in Congress would again ban the high-capacity ammunition magazines that gunmen used in the mass shootings in Tucson, Arizona and at Virginia Tech.

We must also require consumer safety standards and childproof safety features for all guns. Every gun in this country should be childproof. One-third of all U.S. households with children have at least one gun in the home, and it’s estimated that nearly 2 million children live in homes with an unlocked loaded gun. It makes no sense that the Consumer Product Safety Commission regulates toy guns and teddy bears but not a product that killed 62,269 human beings in 2008 and 2009. No external enemy has ever come close to killing this number of civilians of all ages in the United States.

Federal law is silent on gun-related consumer safety standards and child access prevention. In fact, the production and manufacture of guns is exempt from oversight by the Consumer Product Safety Commission. As a result, many handguns lack easily installed life-saving safety features. Only 27 states have even attempted to keep children from accessing guns.

We must urge our leaders to make these essential and sensible changes at the national level while simultaneously pushing state and local governments to protect children and all Americans from deadly guns. Let’s demand the repeal of the “Stand Your Ground” laws now in effect in 21 states and made notorious in Trayvon Martin’s killing. These kill-at-will statutes trigger a “shoot first and ask questions later” approach to confrontations.

Let’s also demand the repeal of laws allowing concealed weapons on school grounds, in child care centers, and at other public venues where children and teens gather. Urge your state legislators and local officials to support laws to prevent child access to guns such as requirements for locking devices and imposing criminal liability when guns are left unsecured or stored negligently.

It’s shameful that when child and teen gun deaths are compared in 23 high-income countries, 87 percent of all children under 15 killed by guns were in the United States. Our gun homicide rate for teens and young adults 15-24 years old was 42.7 times higher than the rate for the other countries combined. There are an estimated 283 million guns in civilian hands in America — almost one per person.

Why is the United States alone in allowing this unbridled gun epidemic and public health hazard to continue? As parents, grandparents, and voters, it’s up to us to tell our leaders that we won’t tolerate it any more.

Marian Wright Edelman is the president of the Children's Defense Fund. A longer version of this commentary appeared on the Huffington Post. www.childrensdefense.org
Distributed via OtherWords (OtherWords.org)