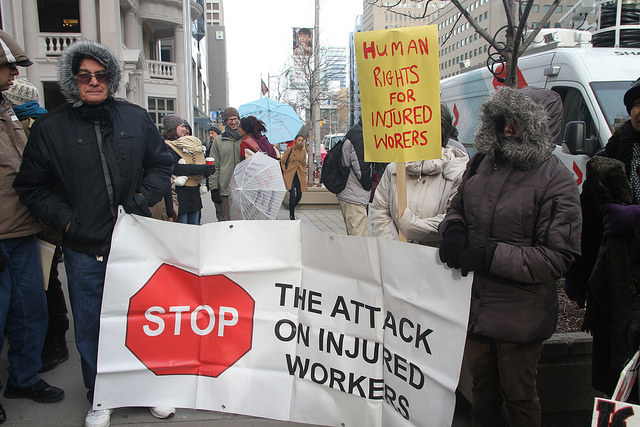 Letting Deadly Bosses off the Hook

Corporate giants have hatched a scheme to stiff employees hurt or even killed on the job.
By Jim Hightower | May 5, 2015

They say there’s honor among thieves. I say: That depends on the thieves.

Your common street thief, yes — but not those princely CEOs of corporate larceny. The elites in the top suites are pickpockets, swindlers, thugs, and scoundrels, routinely committing mass economic violence against America’s working families to further enrich and empower themselves.

But now comes a cabal of about two-dozen corporate chieftains pushing a vicious new campaign of physical violence against workers.

The anti-labor bully, Wal-Mart, is among the leaders, but so are such prestigious chains as Macy’s and Nordstrom, along with Lowe’s, Kohl’s, and Safeway.

They’ve launched a new coalition — the so-called “Association for Responsible Alternatives to Workers’ Compensation” — to gut our nation’s workers compensation program by allowing companies to opt out of it.

That would free corporate giants to injure or even kill employees in the workplace without having to pay for the lost wages, medical care, or burial of those harmed. 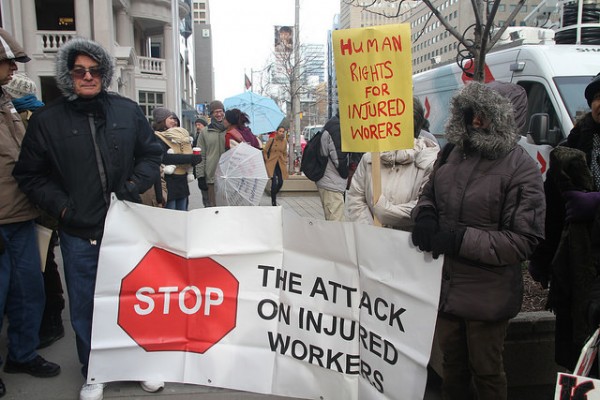 Workers comp insurance is a social contract between injured employees, who give up the right to sue their companies for negligence, and employers, who pay for insurance to cover a basic level of medical benefits and wages for those harmed on the job.

Administered by state governments, benefits vary, and they usually fall far short of meeting the full needs of the injured people. But the program has at least provided a measure of help to assuage the suffering of millions.

But even that’s too much for these avaricious, multibillion-dollar corporations. Why pay for insuring employees when it’s much cheaper to buy state legislators who are willing to privatize workers’ comp?

This lets corporations write their own rules of compensation to slash benefits and cut safety costs — and earn thieving CEOs bigger bonuses.

Yes, this shifty move is a scurrilous crime, but it’s a crime that pays richly. And the money can fill the hole in their souls where their honor used to be.