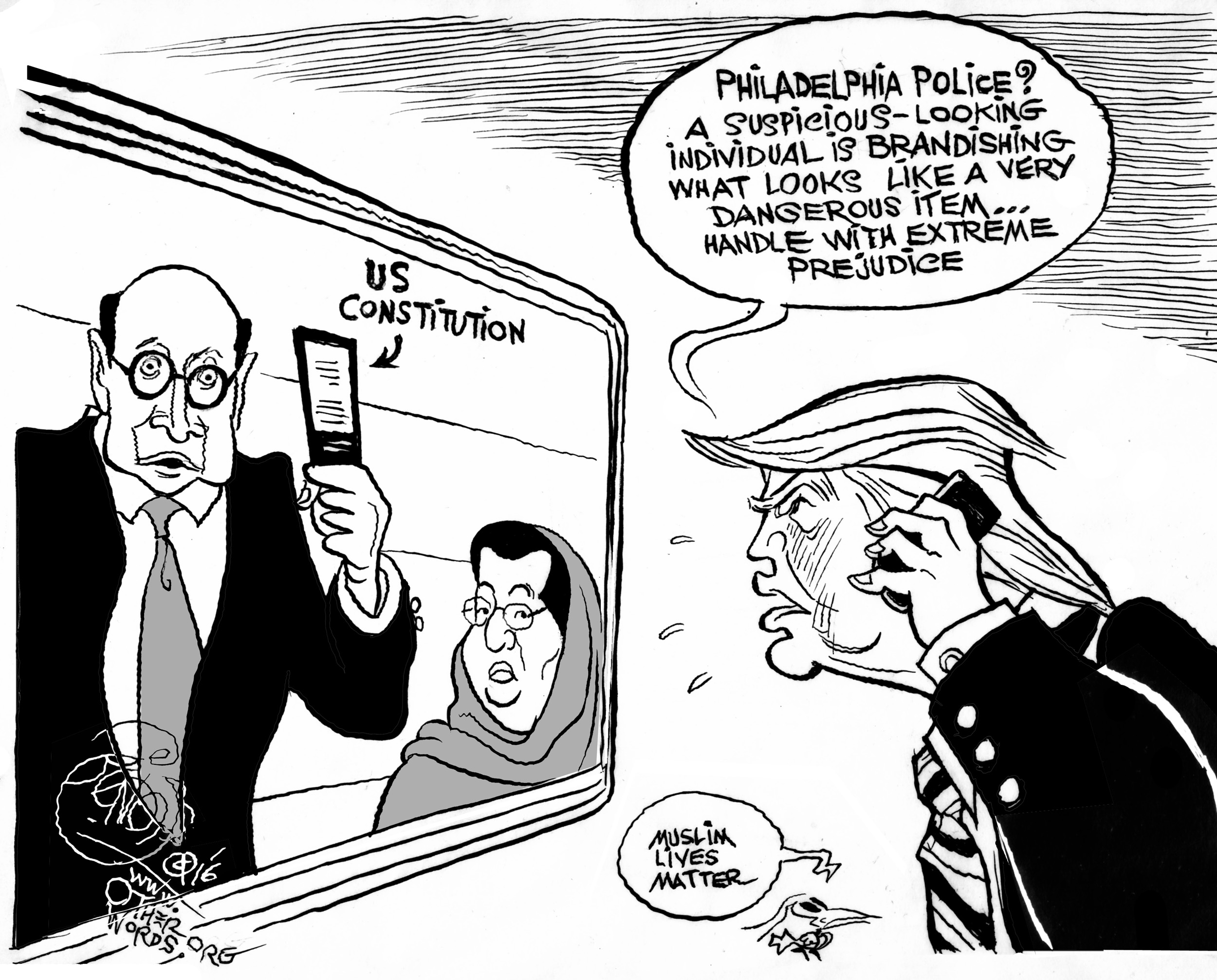 Trump vs. Khan, an OtherWords cartoon by Khalil Bendib

With serious policy changes, black and Latino households will never catch up with their white counterparts.
By Peter Certo | August 10, 2016

Here at OtherWords we’ve been running a series of pieces on racism in America’s criminal justice system. But racial inequity in our country goes far deeper than the legal system — it’s encoded into the economics of virtually every American household.

This week, Dedrick Asante-Muhammad and Chuck Collins run the numbers on America’s gaping — and growing — racial wealth divide. Unless fundamental policy changes are made to restore the fairness of our economic system, they argue in a groundbreaking new report, black and Latino households will never catch up with their white counterparts.

Meanwhile, Sandra Fulton of Free Press looks at another less reported racial divide: in government surveillance. The feds, she explains, are using new surveillance technology to pry on modern civil rights activists, just as they did to Martin Luther King, Jr.

Also this week, Green America’s Beth Porter reports on exciting new local programs to reduce household waste and save money on trash collection, while columnist Jill Richardson explains the difficult of “leaving no trace” on a summer hike.

A note on scheduling: We’ll be taking some time off next week, so our next editorial package will go out on Wednesday, August 24. Thanks for bearing with us! 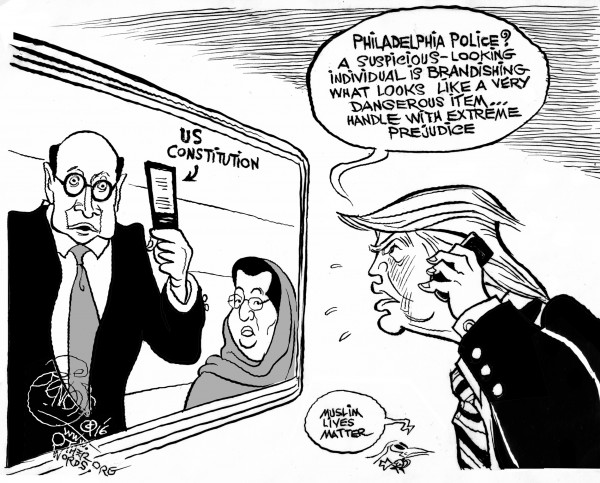 Trump vs. Khan, an OtherWords cartoon by Khalil Bendib