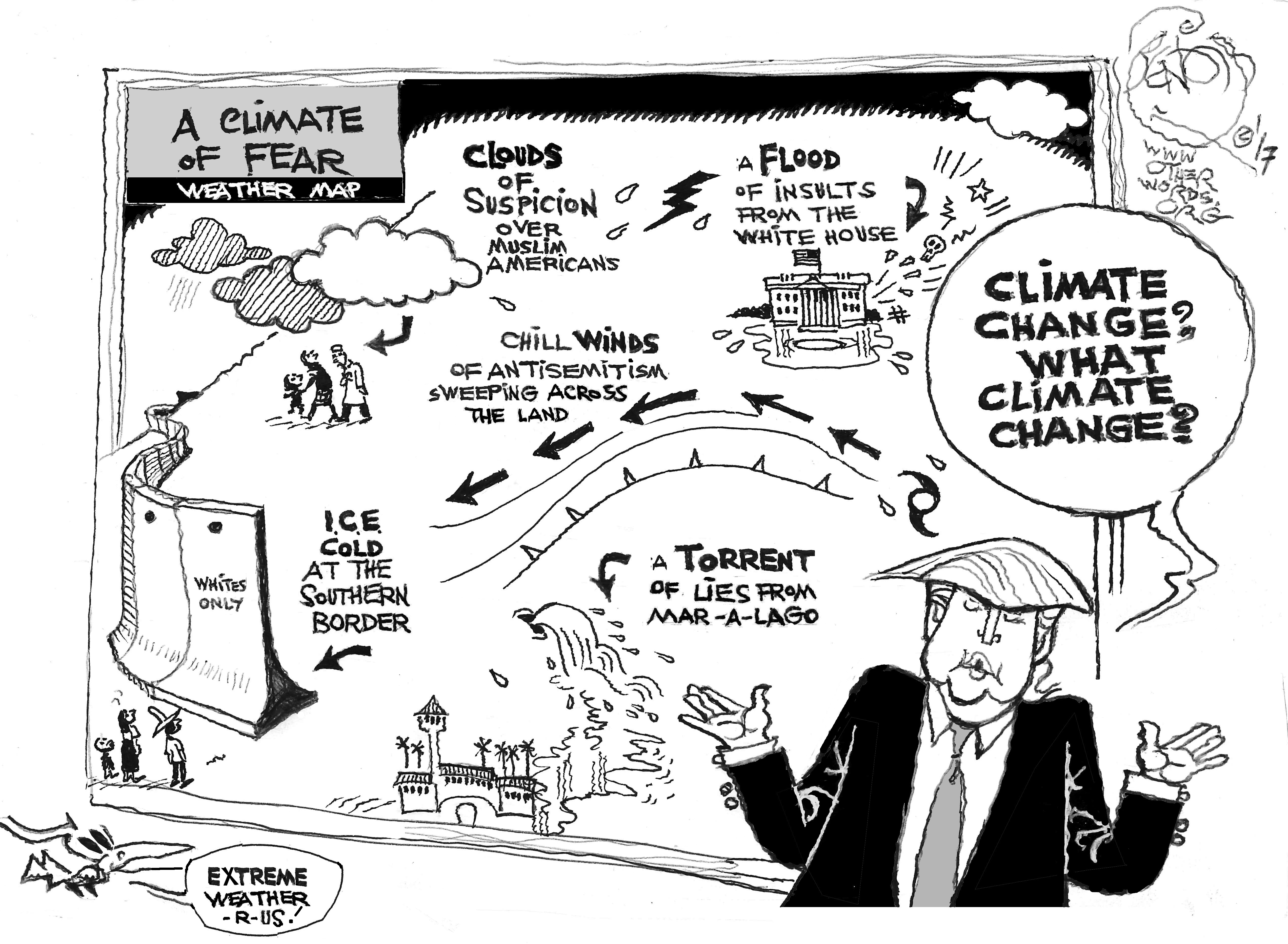 There was nothing moderate about Trump's speech to Congress.
By Peter Certo | March 1, 2017

Last night, Donald Trump gave his first speech to a joint session of Congress. Many pundits have praised the speech for showcasing a more “moderate” approach than we’re accustomed to from the president.

But this week in OtherWords, I argue that it was anything but. Instead, the speech seemed carefully crafted to generate hostility toward immigrants and Muslims, while covering for the far-right terrorists who’ve carried out attacks in recent weeks.

Trump also reiterated his commitment to repealing the Affordable Care Act. In OtherWords, Olivia Alperstein shares a personal story about what she — and the millions of other Americans with pre-existing conditions — stand to lose if the law is revoked.

Also this week, my colleague John Feffer tells the story of how his recent novel Splinterlands (which is excellent, by the way) accidentally predicted the rise of Trump and politicians like him. Sam Pizzigati explains how taxpayers are subsidizing wealthy universities that serve the 1 percent. And Jim Hightower says Paul Ryan has no business lecturing anyone about morality (or Social Security). 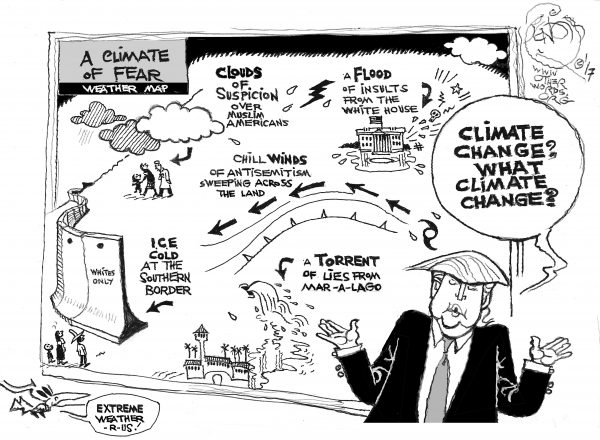