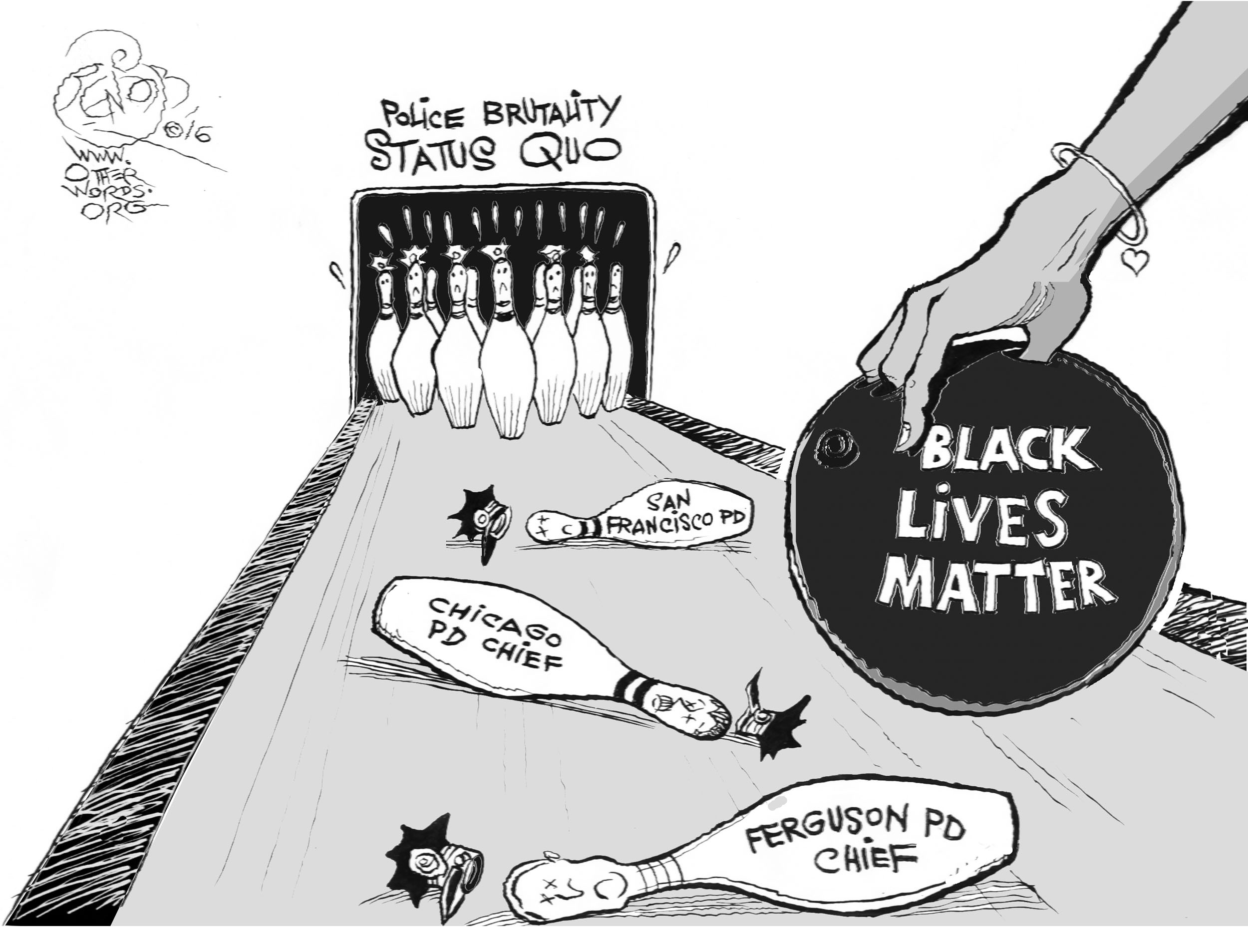 Toppling the Status Quo, an OtherWords cartoon by Khalil Bendib

This week in OtherWords, Sam Pizzigati reports on a new satellite NASA is developing that will be capable of spotting “a bug in space.” So why, he wonders, can’t the feds find the affluent tax cheats who illegally dodge over $400 billion a year in taxes?

In more current news, Jim Hightower highlights a farmer-turned-cartoonist who got the ax from Big Ag, while Khalil Bendib marks up recent victories of Black Lives Matter activists in holding police chiefs accountable for officer-involved shootings. 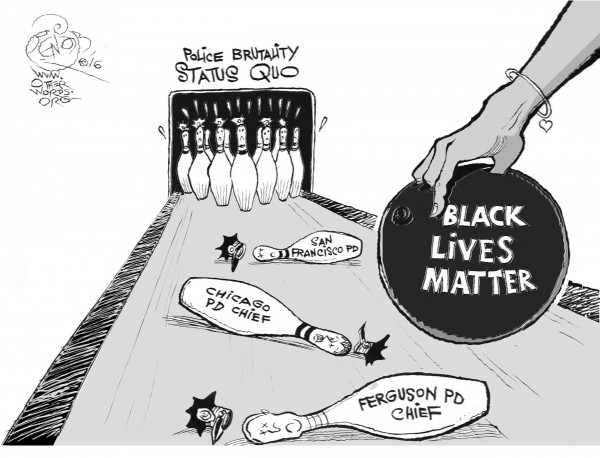 Toppling the Status Quo, an OtherWords cartoon by Khalil Bendib