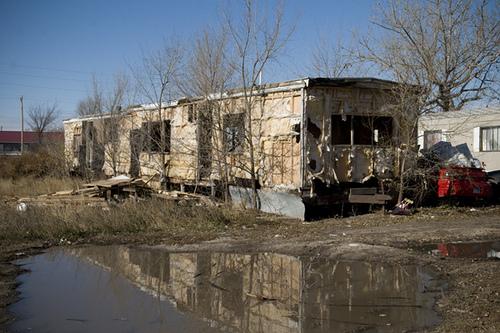 Anheuser-Busch and other big brewers blocked a Nebraska bill that would have curbed sales targeted at the Pine Ridge Indian Reservation.
By Jim Hightower | May 28, 2012

The big beer brewers often admonish us imbibers of their products to “Drink Responsibly.” Well, I say back to them: Lobby Responsibly.

In particular, I point to a disgusting binge of besotted lobbying by Anheuser-Busch and other beer barons this year in the Nebraska legislature. At issue was the town of Whiteclay, smack dab on the Nebraska-South Dakota border.

Although only about 10 people live there, it’s home to four beer stores. Why? Because right across the state line is the Pine Ridge Indian Reservation of the Oglala Sioux tribe, which has a devastating problem of alcohol addiction, combined with intractable poverty. The sale of alcohol is banned on the reservation. 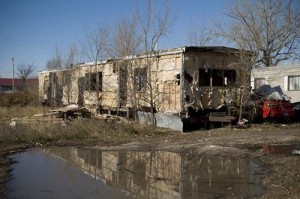 Whiteclay exists solely so booze peddlers can profit from the Oglala tribe’s miseries. They sell 4 million cans of beer a year to Pine Ridge residents, including high-alcohol malt liquor. So much for that “Drink Responsibly” slogan. One in four children on the reservation is born with fetal alcohol birth defects. The life expectancy of tribal members is less than 50 years.

Responding to this grotesque exploitation of an epidemic illness, Nebraska state senator LeRoy Louden introduced a bill that would designate Whiteclay as an “alcohol impact zone.” This legislation would allow authorities to limit store hours and ban high-alcohol beers. Of course, Busch and its responsible beer buddies backed it, right?

Not a chance. Like gators on a poodle, their lobbyists leapt on the legislature, calling in chits from key lawmakers who’d taken thousands of dollars in campaign cash from the industry. The chair of the senate committee considering the bill had pocketed $4,000 in beer money. He dutifully refused to let the bill even go to a vote during the state’s recently concluded 2012 legislative session. “We’re not here to protect people from themselves,” he declared.

Surely there’s an especially hot bar stool in Hell reserved for these greedheads.