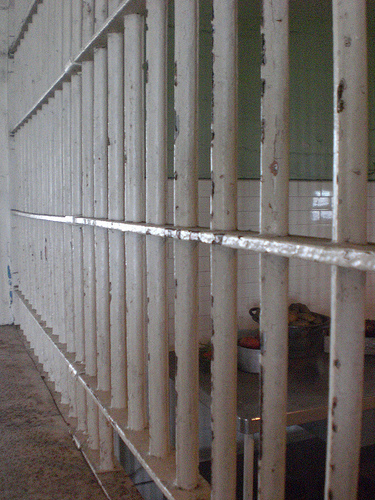 Locking Up Our Future

Finally, there’s a sign that our national passion for locking up more and more Americans could be subsiding. Our “correctional population” is gradually shrinking after decades of robust growth.

Sure, one in 34 Americans was still either locked up, on probation, or on parole. But progress is progress, right? 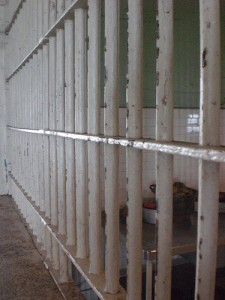 Well, maybe not. Even with our 1.4 percent decline the year before last, the United States leads the world in locking up hordes of its own citizens. We’ve got 5 percent of the world’s population, but about 25 percent of the planet’s prisoners.

Among rich industrialized nations, we’re off the charts, incarcerating our own people at a rate that dwarfs Spain, Germany, Japan, and our other peers.

What’s driving this trend? Prisoners are mostly a profit center. No, certainly not for government — the authorities are always stuck with the tab. But it’s a booming business for the many private contractors that manage and service them. These groups have become a powerful lobbying force in favor of robust growth for our incarcerated population.

Vast prison populations cause problems. Such as costing a lot of money. Legislatures balk at the costs of true rehabilitation and often cut services aimed at helping inmates get a new start. Hence, they come back.

Similarly, budget cuts lead to overcrowding and inhumane conditions. This decay sooner or later calls down the wrath of watchdog agencies, and all too soon, the courts. The American Civil Liberties Union recently filed a class-action lawsuit against a for-profit prison accused of abusing mentally ill inmates in Mississippi. The lawsuit reads like something Stephen King couldn’t make up.

In California, the courts are weighing what to do about an airborne fungus that has already killed more than 30 inmates and may threaten thousands more at two state prisons.

Prisoners, obviously, suffer for their lack of a potent lobby. But so do all taxpayers. We’re the ones who end up footing the bill. There’s nothing new about that — we are such suckers.

The logical fix would require putting more money and effort into securing jobs, transitional housing, and drug treatment for ex-offenders. Bruce Western, a Harvard University sociology professor, says this full-spectrum attack on recidivism would cost $7 billion. That may sound astronomical, but it’s actually only one-tenth of what we’re already spending to maintain the Prison-Industrial Complex at the state and federal levels.