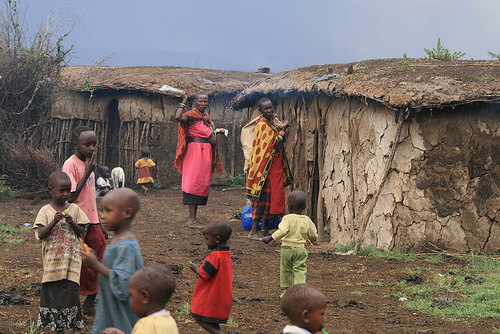 The Case for Making Foreign Aid a Two-Way Street

Many Africans regularly get hours of inter-generational togetherness that many American families are lucky to enjoy a few times a year.
By Jill Richardson | August 27, 2014

What if I told you there was a lot in Africa that was going right?

Now, I don’t mean programs that are successfully handing out food aid, treating malaria, or preventing elephant poaching, although I’m sure some of those are succeeding too. I mean intrinsic parts of African cultures that are wonderfully successful and underappreciated. 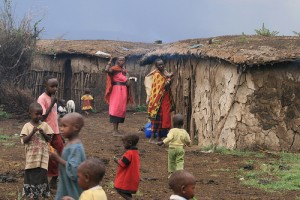 In fact, Americans could learn a lot from Africans. Perhaps they could create an aid program and come over here to teach us?

When I visited Kenya, I stayed with a friend’s family. His whole family: wife, children, parents, brothers, sisters, nieces, nephews, etc. His parents had a four-acre farm that the family managed together. The entire extended family shared three meals a day together.

Without running water or gas for cooking, daily tasks like cooking and cleaning were far more difficult than they are here in the United States — but they were all shared. The meals were simple yet delicious and preparing them was laborious. Imagine if you had to slaughter and pluck a chicken every time you wanted to eat chicken for dinner.

However, cooking and eating gave the family hours of togetherness with three generations that many American families are lucky to enjoy a few times a year. In the time before meals, I watched my friends’ young children play with their cousins under their grandmother’s watchful eye. Sometimes their uncle would stop by to say hello during this time.

I can easily count the times my family comes together like this: Thanksgiving, weddings, funerals, and that’s about it. We’re all spread out across the country, making gatherings expensive and difficult.

I was fortunate that my nuclear family had dinner together every single night — even that is becoming rare in the United States. But breakfast? Only if we were on vacation.

This family togetherness makes a real difference. Americans often assume that each person is alone in the world and must succeed as an individual. Children appear to be raised more by their Xboxes or iThings than by their actual parents.

The people I met in that Kenyan village expect to help each other out, and they do. In addition to providing emotional support and friendship, which is no small gift, they also shared financial help in some cases. This is common in many peasant societies, where an entire village will come together to help a family in need — the equivalent of an Amish barn raising. Receiving help from a neighbor or family member does not make one a mooch, because reciprocity is expected and enforced by the community.

I don’t want to over-romanticize Kenya, or peasant societies the world over.

Yes, I found an amazing sense of community among extended families there. I felt at peace as we ate meals harvested from the family’s fields, walked along tree-lined trails to visit friends in the village instead of traveling on roads by car, and looked up at the stars each night.

I was blown away by the relationship my friends have with the plants growing wild around their home, knowing exactly how to use each as food, medicine, tools, rope, or more. And they raise local breeds of animals, grazing freely in pasture, to produce healthy meat, milk, and eggs.

Of course, that doesn’t mean Kenya was perfect. It does not mean we should abandon our society and mimic theirs. In addition to those good things, I also witnessed problems with HIV/AIDS, alcoholism, poverty, and hunger. My friend got sick with malaria the month before I visited, in fact. And given a choice, I prefer my shower to bathing out of a bucket as they do each night.

But the picture we get of Africa often implies that the learning and cultural exchange ought to go one way, from us to them. Of course we have a lot of value in our culture, and we can share it with those in need.

Saddest of all is that many of the people I met in Kenya had internalized this attitude. Despite the many great aspects of their culture, they felt inferior to the West — one friend even used the term “primitive.” They sought to shed their own culture as quickly as possible to be more like us. And, by all means, Kenyans must get rid of HIV and malaria, but they shouldn’t throw the baby out with the bathwater.