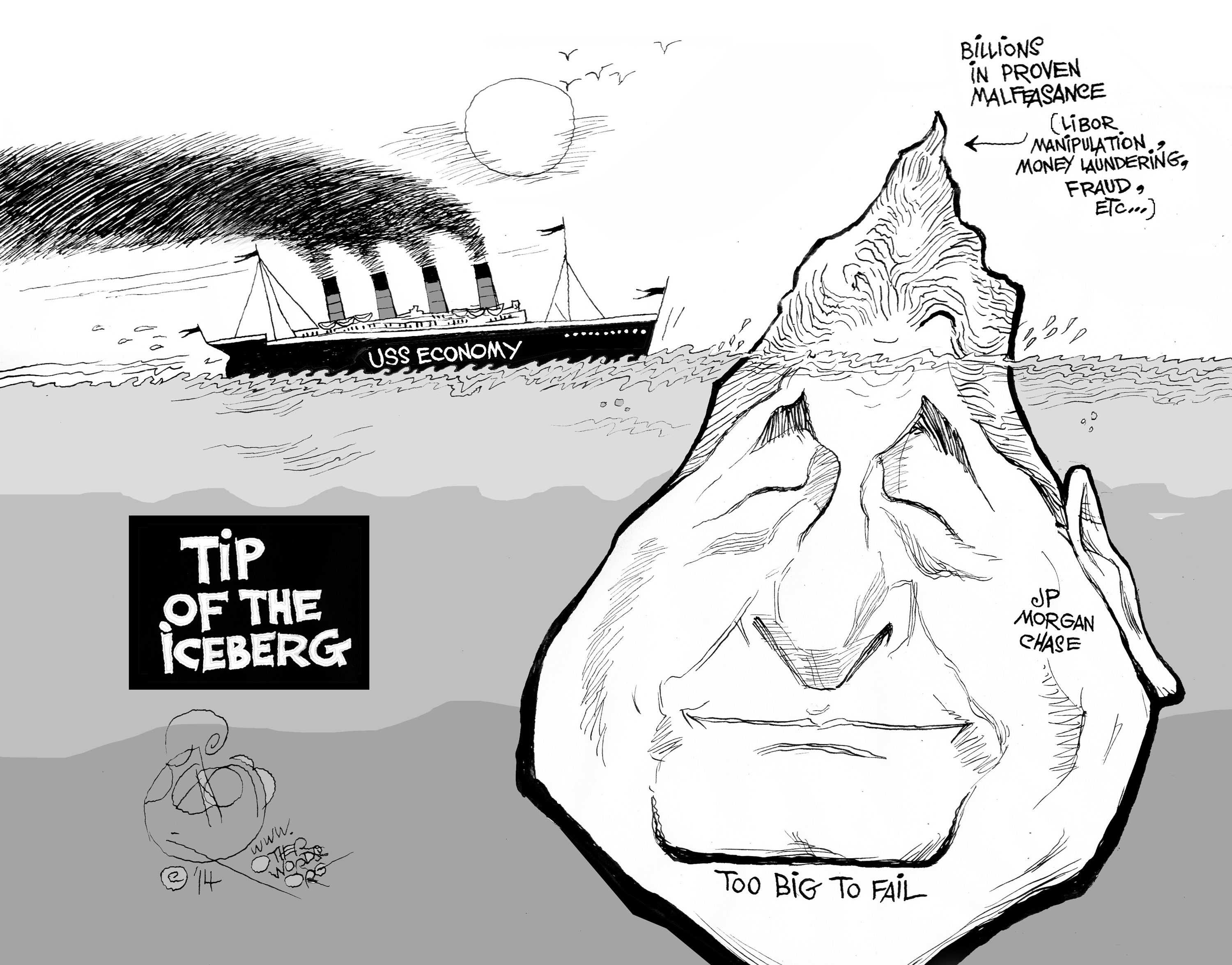 Tip of the Iceberg, an OtherWords cartoon by Khalil Bendib

It seems like almost every week brings news about Wall Street’s latest sins.

“JPMorgan Is Penalized $2 Billion Over Madoff,” blared one recent New York Times headline, when the paper explained that Bernie Madoff, the infamous Ponzi scheme con artist, wheeled and dealed via accounts at the bank. 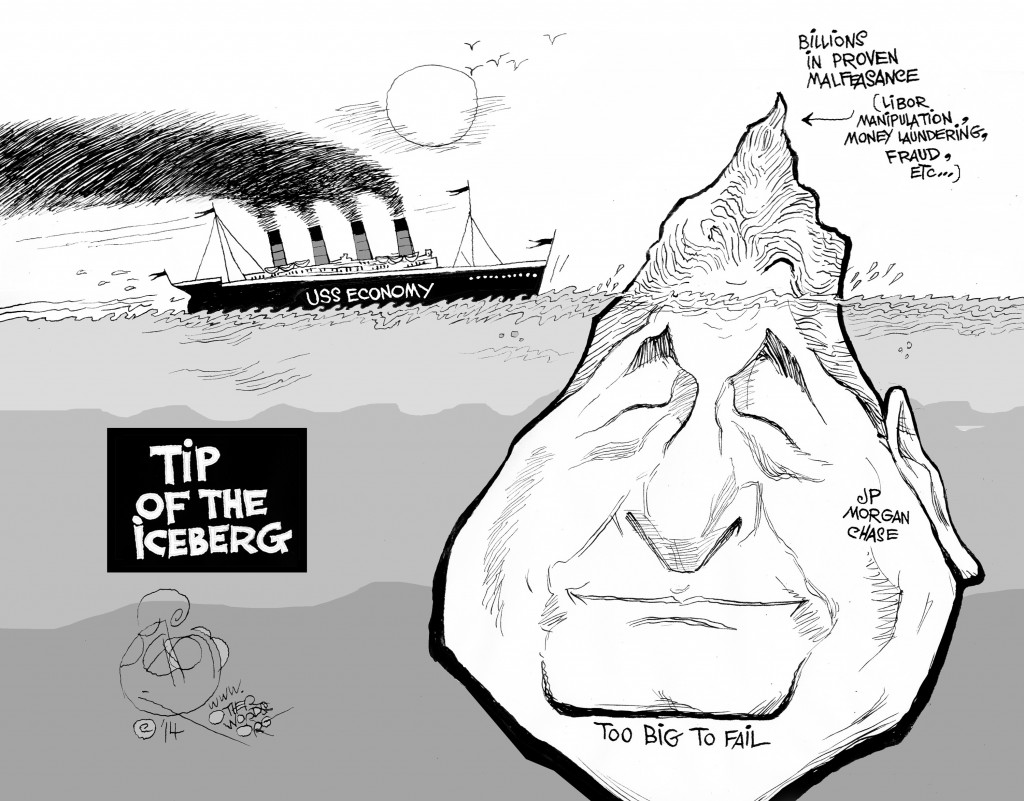 Tip of the Iceberg, an OtherWords cartoon by Khalil Bendib

Just a few days later came this news: “Steep Penalties Taken in Stride by JPMorgan Chase.” In that article, the Times described how the banking behemoth would pay out $20 billion to cover its many government fines — without so much as breaking a sweat.

The Wall Street giant can admit wrongdoing — or even lawbreaking — and get away with paying a pocket-change fine. How do they get away with it?

Regulators, many of whom either have worked at the big banks or aim to do so in the future, are certainly willing to go easy on their former or future bosses. And politicians backed by industry dollars are apt to counsel that it’s better to look ahead than obsess about “the past.”

So if there’s ever to be true accountability for Wall Street’s role in the financial collapse, it might need to come from outside the government. How about the media?

Hold it. These people have enriched themselves while eviscerating the life savings of many blameless people, derailing the national economy along the way. But have you ever spotted any sense of outrage coming from the well-paid TV hosts who are paid to question the likes of Dimon?

Hardly. Indeed, much journalism on the question of criminal prosecution of industry leaders amounts to apologizing for mistakes, and rebuffing calls for serious prosecution.

People who advocate for putting white-collar criminals behind bars get dismissed as “irrational,” or worse driven by, as the big newspapers put it, “blood lust,” “anger” or even “vengeance.”

Except there were actual crimes committed. Issuing mortgages based on false information, and then reselling those mortgages for big profits, is an act of fraud. The same goes for the packing the same kinds of loans into mortgage-backed securities — which is how many Wall Street bankers extracted their fortunes from the housing bubble.

Calls for incarcerating executives of malfeasant financial institutions are demands that the powerful abide by the same laws as everyone else.

Indeed, while so many pundits were telling us that calling for justice for Wall Street crimes was simple-minded and wrong-headed, the ACLU released an astonishing report on the 3,300 people sentenced to spend the rest of their lives in prison for nonviolent offenses.

The report, which drew scant mainstream media coverage, shines a spotlight on how the criminal justice works for those who don’t have big bucks — and aren’t treated as rock stars by the TV talking heads.

One more thing: That big $20 billion that JP Morgan will pay out for its various crimes, misdeeds and infractions? It will actually amount to considerably less than that hefty sum. Some of the bank’s penalties will come in the form of mortgage modifications that, in the end, will likely bolster its profits.

Peter Hart is the activism director of Fairness & Accuracy in Reporting and Janine Jackson is FAIR’s program director and producer/co-host of its syndicated radio show CounterSpin. FAIR.org
Distributed via OtherWords. (OtherWords.org)