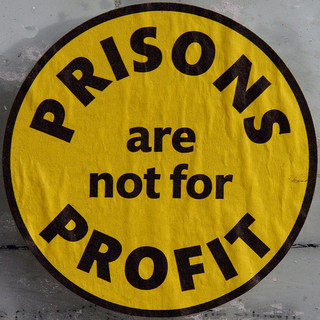 Jailing indigents for debts costs the courts way more than the fines they owe and violates the Constitution.
By Jim Hightower | April 24, 2013

Ebenezer Scrooge, the Dickens character, perfectly personified the nasty rich. For example, when asked to make a charitable donation for people trapped in poverty, Scrooge curled his lip in contempt and snarled: “Are there no prisons?”

Blessedly, our American society has progressed well past such heartless disdain. Unless, of course, you happen to be poor in Ohio. Or Georgia. Or in the nationwide utopia envisioned by Newt Gingrich.

Ohio’s Civil Liberties Union recently issued a report documenting the Scroogian return of debtors’ prisons after finding that municipal courts in that state are jailing poor people unable to pay court fines. Last summer, a suburban Cleveland court threw 45 people in jail because they couldn’t come up with the money for fines they were assessed, and the Sandusky Municipal Court imprisoned 75 down-and-outers for the same “crime.”

Besides the fact that jailing indigents for debts cost the courts way more than the fines they owe, it also violates the U.S. and Ohio constitutions.

But what the hey — on to Georgia, which has enhanced the debtor prison experience by privatizing it.

Say you roll through a stop sign. Uniquely, the Peach Tree State counts that as a criminal offense.

Now, say you can’t pony up the full fine. Suddenly, you’re in the clutches of a for-profit, private probation corporation. It charges probationers a $15 “start-up” fee, a $25 photo fee, and a myriad of other fees — on top of the fine they owe. Fail to pay, go to jail.

Where did this rip-off system come from? A private probation outfit bribed the head of Georgia’s Board of Pardons to get it passed.