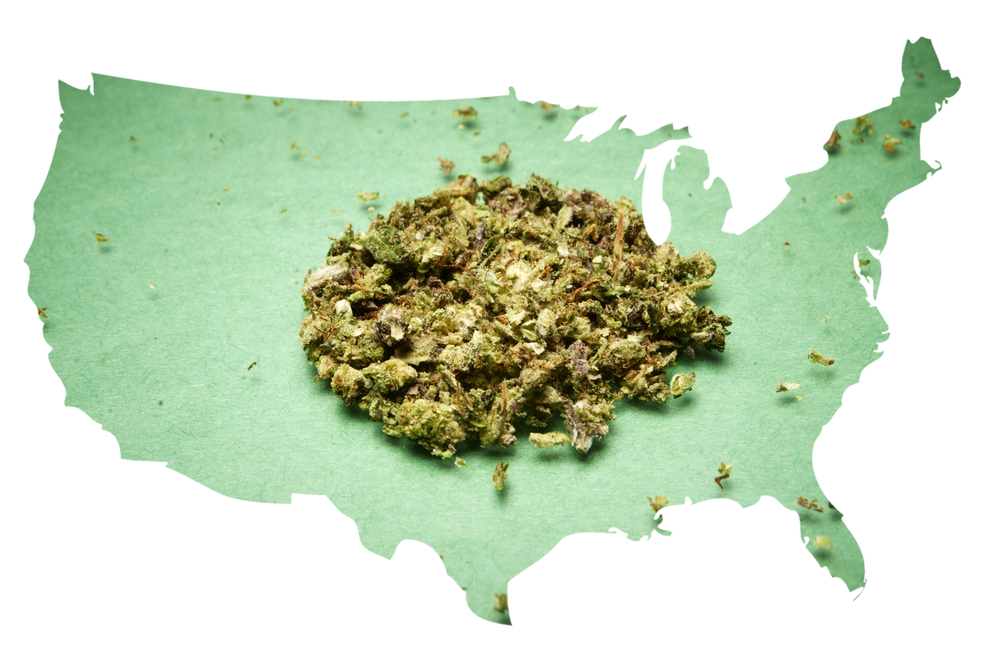 Pro-legalization politicians and ballot initiatives won big in red, blue, and purple states across the heartland. That shouldn't be surprising.
By Paul Armentano | November 29, 2018

Marijuana legalization was among the big winners in this year’s elections.

In Michigan, voters approved Proposal 1, legalizing the adult use, cultivation, and retail marketing of marijuana. Michigan is the first Midwestern state to legalize adult marijuana use and sales, and it is the tenth state to do so overall.

Marijuana also won big in Missouri and Utah. In both states, voters approved ballot initiatives legalizing medical cannabis access. They are the 32nd and 33rd states to do so.

These victories could be a harbinger of things to come in America’s heartland.

Public support for ending marijuana prohibition is strong in the Middle America. In addition to these ballot measures, several incoming governors in Midwestern states campaigned on platforms that included legalizing or decriminalizing cannabis possession offenses.

For example, Illinois Governor-elect J.B. Pritzker has pledged to move forward with legalization legislation during his first days in office. “In the name of criminal justice reform, consumer safety, and increased state revenue, Illinois needs a governor who is ready to legalize marijuana,” says Pritzker.

His constituents agree. According to a 2018 poll by the Paul Simon Institute at Southern Illinois University, 66 percent of voters support “the legalization of recreational marijuana if it is taxed and regulated like alcohol.”

In Minnesota, Governor-elect Tim Walz made similar campaign promises to legalize, tax, and regulate marijuana sales. “We have an opportunity in Minnesota to replace the current failed policy with one that creates tax revenue, grows jobs, builds opportunities for Minnesotans, protects Minnesota kids, and trusts adults to make personal decisions based on their personal freedoms,” he said.

Following Walz’s election, incoming Minnesota House Speaker Melissa Hortman acknowledged that “voters want us to take a look at” legalization. She’s right. According to a statewide Survey USA poll conducted in October, 56 percent of Minnesotans support legalizing the recreational use of marijuana by adults.

In Wisconsin, voters in sixteen separate counties — including Milwaukee County — approved resolutions expressing support for the legalization of cannabis for either medical purposes or for adult use. The results could be a prelude to future statewide reforms. Incoming Governor Tony Evers previously floated the idea of putting the legalization question to a statewide vote, stating, “I would love to have a statewide referendum on this.”

Such a proposal would likely win big in the Badger State, where recent polls show that 64 percent of registered voters say that marijuana should be “legalized for use by adults” and “taxed and regulated like alcohol.”

Even in Texas, long the nation’s leader in marijuana arrests, there are signs of change. Lawmakers in recent days have pre-filed numerous bills to amend the state’s draconian marijuana laws. Among them are measures to facilitate medical cannabis access and to decriminalize adult marijuana possession offenses — the latter of which was recently endorsed by Governor Greg Abbott.

The growing support for marijuana policy reform among the public and politicians alike is further evidence that legalization is no longer strictly a “blue” or “red” issue. Majorities of voters from all ideological persuasions now support ending criminal marijuana prohibition.

The incoming changes to cannabis policy in America’s heartland are a reflection of this new political and cultural reality.