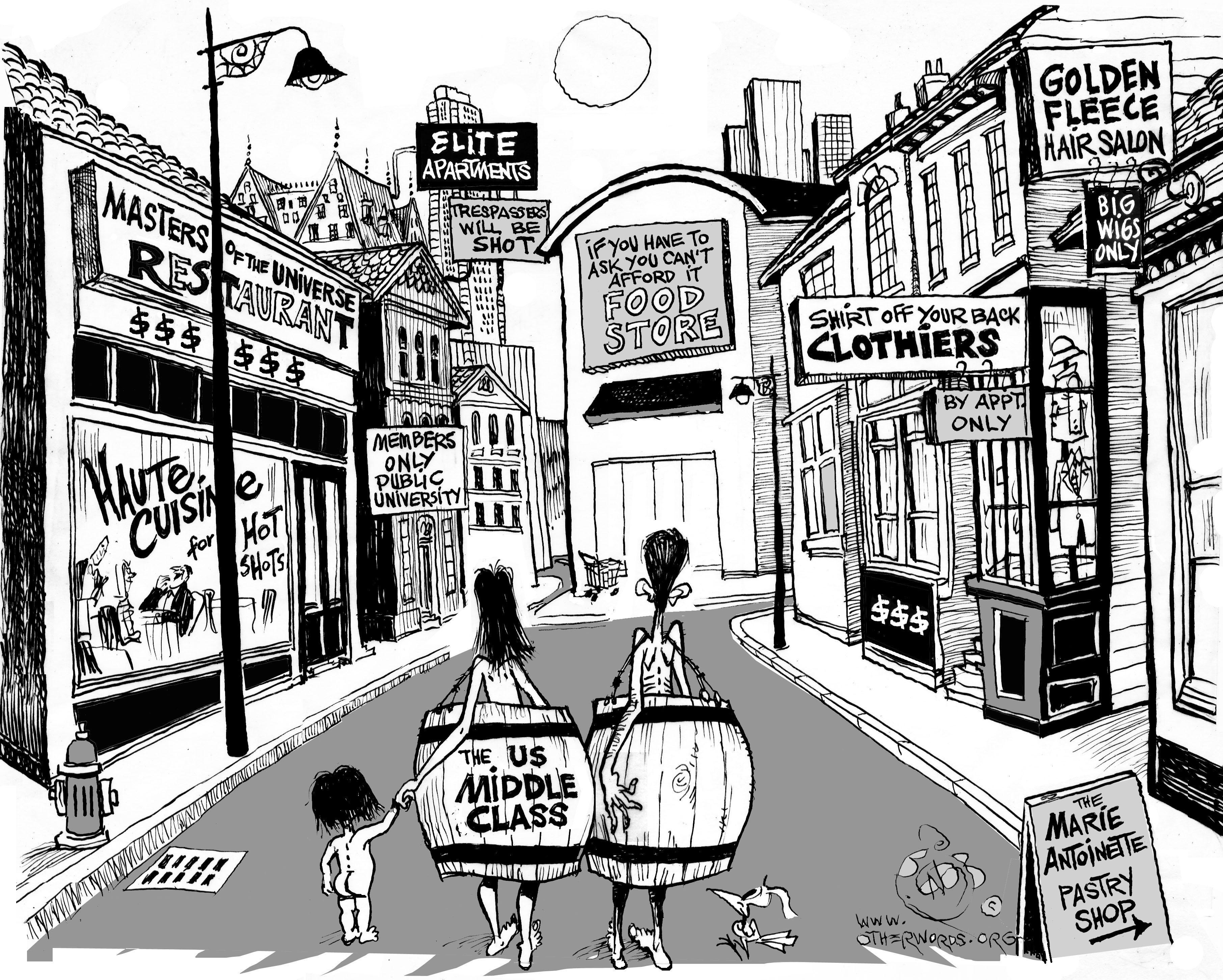 Hawkers of consumer products are embracing the growing gulf between rich and poor Americans.
By Jim Hightower | August 29, 2011

In today’s fast-moving world of consumer styles, when you’re out, you’re out. Not just out-of-style, but so far out that you no longer interest the big marketers.

Thus it is that advertising authorities have deemed the middle class itself (roughly 60 percent of us, depending on where you draw the income line) to be unworthy consumers. We’re too poor to matter, they say. 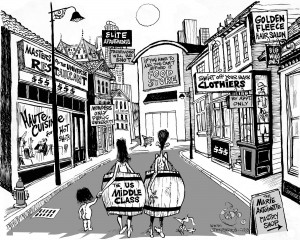 Indeed, even though America’s workaday majority has produced a phenomenal rise in wealth during the past decade, that majority’s income has shrunk — and there’s no improvement in sight. Where did the gains go? Practically all of the new wealth flowed straight up to the richest 10 percent of America’s people, who own more than 80 percent of all stocks and bonds.

Instead of deploring this widening disparity, major hawkers of consumer products are choosing to embrace it. Advertising Age, the marketing industry’s top publication, has curtly declared that “mass affluence is over.” Nearly half of consumer spending today is done by the richest 10 percent of households, and the richest of these richies are deemed to be the most desirable of consumers.

The magazine goes on to inform us that households with less than $200,000 in annual income are henceforth on the outs, holding little interest for advertisers. Sure enough, corporate executives in such diverse businesses as airlines, movie theaters, banks, and health care are focusing more and more on platinum-level customers.

Gosh, does this mean they’ll stop inundating me with ads and a flood of other come-ons? I could live with that.