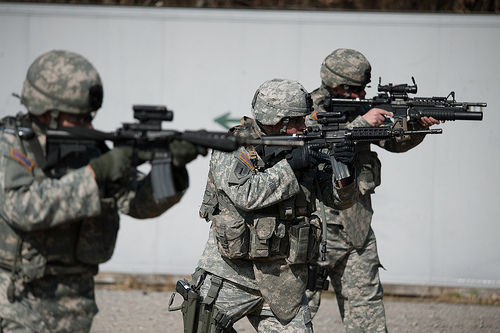 To understand what triggered the Newtown killings, we must come to grips with America's militarism.
By Mike Ferner | December 26, 2012

We’re all still mourning with the families and loved ones of those so frightfully killed in Newtown, Connecticut. But as grief is joined by reflection on how this could happen — again — I believe we do a disservice those close to the victims as well as ourselves unless “all options are on the table” as we examine Americans’ predilection for killing en masse.

Our nation spends more on murder and suffering than education or medical care. Our culture celebrates violence and militarism but considers peacemakers and the nonviolent as simple, starry-eyed dreamers and more often as downright traitors. We promote and glamorize the military even as the awful truth about what the military actually does is kept behind the curtain. We sell more weapons to the world than all other countries combined. After our embassy in Benghazi was attacked, our president preached, “There is no excuse for the use of violence,” yet he keeps on sending drones to bomb whomever is next on his list and anyone standing near them. 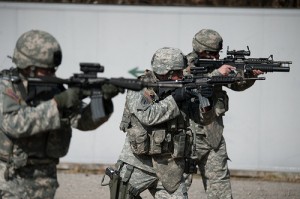 Do we really think we can say one thing and do another while still teaching that violence is never how to handle whatever aggravates or frightens us?

Without a doubt, the forces that can twist a human mind enough to kill dozens of innocents must be complex and frightening. Some may be locked deep in the human psyche beyond our reach. Regardless, we must still explore the question: “Why?”

While we search for an answer, unless we fear the answers enough to retreat under the covers until the next tragedy, we must bear in mind the words of Dr. Martin Luther King, Jr. Exactly one year before he was murdered by an assassin’s bullets, he regretfully called our country, “the greatest purveyor of violence in the world today,” and warned that, “A nation that continues year after year to spend more on military defense than on programs of social uplift is approaching spiritual death.”

If we want to have an honest discussion about the American epidemic of mass murder, it has to include the question of why we value war and militarism so highly.

Mike Ferner, an Ohio writer and the former president of Veterans for Peace, served as a Navy corpsman during the Vietnam War. He lives in Toledo and welcomes your comments at mike.ferner@sbcglobal.net
Distributed via OtherWords. OtherWords.org