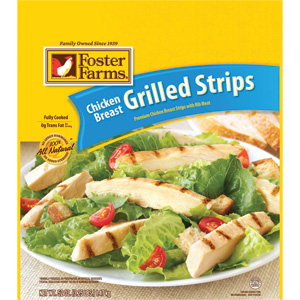 Meat So Cheap You Could Die

Thanks to the shutdown, the government is doing less to protect Americans from foodborne pathogens and deal with the aftermath of outbreaks.

The timing couldn’t be worse.

Ten days after the shutdown began, the Centers for Disease Control (CDC) reported that 317 people in 20 states and Puerto Rico had confirmed cases of salmonella from Foster Farms chicken. Although 42 percent of them had to be hospitalized, thankfully none had died by that point.

The CDC had to bring 30 furloughed employees in its foodborne division back to work to cope with the Foster Farms situation. The Food and Drug Administration has furloughed the majority of its 1,602 investigators.

But even under normal conditions, as the latest tainted chicken scare illustrates, food safety gets short shrift.

The first known salmonella cases from this latest bout of bad chicken occurred in March. They continued through at least late September. That means consumers bought and ate contaminated meat for at least seven months before they learned that something might be amiss.

Since it takes a few weeks to report and confirm a new case, it’s likely more people will get sick than the early numbers indicated. The CDC didn’t announce the discovery of this outbreak until October 7. How many people still have tainted chicken in their freezer and plan to eat it in the future? Do you?

This salmonella strain is resistant to several commonly prescribed antibiotics. What happens when your doctor can’t help you because the drugs no longer work?

This problem isn’t limited to Foster Farms. We regularly experience salmonella and E. coli outbreaks. Americans get sick and die from food they eat every single year. When many outbreaks sicken hundreds of people in numerous states, we have a flawed system.

The vast majority of America’s chickens and hogs are raised in the crowded, filthy conditions of factory farms, officially termed Concentrated Animal Feeding Operations. Beef cattle begin their lives on idyllic ranches, grazing alongside their mothers. They spend their last year or so jammed into outdoor feedlots.

But meat contamination doesn’t happen during the animal’s life. Producing meat in an unhealthy environment might breed pathogens in the animals’ intestinal tracts and their manure. If the animals are constantly given low doses of antibiotics, as is the norm in our country, this environment can produce antibiotic-resistant bacteria.

The pathogens don’t typically reach the meat until they’re slaughtered. During processing, meat may come in contact with bacteria from manure or the contents of an intestinal tract.

Here’s the thing: While regularly making some of us sick, our system yields dirt-cheap meat. These days, chicken costs as little as $1.50 per pound. By comparison, small farmers I know who humanely raise chickens outdoors, without antibiotics, charge $4 or $5 per pound.

Until we decide that safe food is worth paying more for our meat, we’ll experience foodborne illness outbreaks on a regular basis. Higher prices would probably make us eat a bit less of it, which would be great for our health and boost life expectancy. Americans eat more meat than the people of any country in the world except for tiny Luxembourg.

We can tinker with our system in minor ways, perhaps requiring slaughterhouses to use new sanitation techniques. We could ban some drugs given to livestock and poultry, or maybe develop a new one or two. We can station more inspectors in slaughterhouses.

But as long as we continue to raise agricultural animals with the sole goals of reducing consumer prices and maximizing corporate profits, our system will keep making Americans sick and even killing them in salmonella and E. Coli outbreaks.

Do you believe that cheap meat is good enough to die for?