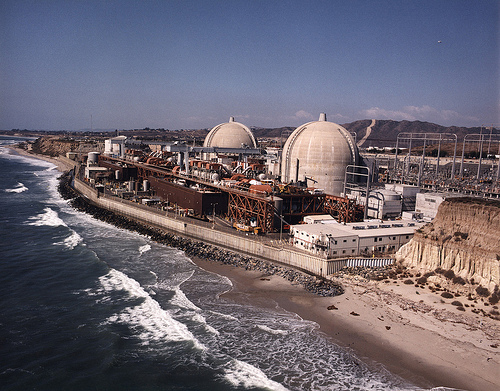 The federal government should transfer the spent nuclear fuel held at a shuttered nuclear power plant in Southern California before the next earthquake strikes.
By Robert Alvarez | July 3, 2013

Southern California Edison’s recent decision to permanently close the San Onofre Nuclear Generating Station (SONGS) transforms that power plant into a storage site for radioactive waste. It houses one of the largest concentrations of radioactivity in the United States.

The defunct Southern California nuclear power plant will remain one of the largest threats to public safety in America. Its spent fuel could remain highly radioactive for tens of thousands of years.

By comparison, the San Onofre reactors have generated nearly three times as much long-lived radioactive waste than the 50 years of plutonium production for nuclear weapons at the U.S. Department of Energy’s Hanford site in Washington produced.

Of major concern is the amount of Cesium-137 (Cs-137) in the reactors’ spent fuel rods. With a half-life of 30 years, Cs-137 gives off potentially dangerous penetrating radiation and is absorbed in the human food chain as if it were potassium. 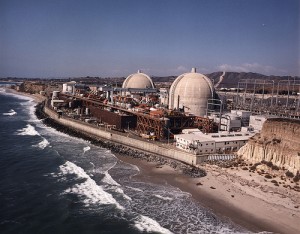 The amount of Cs-137 stored at the shuttered plant is more than six times the quantity released by nuclear weapons tests and about 89 times the amount released during the Chernobyl disaster. For context, consider this: An area roughly two-thirds the size of New Jersey still remains uninhabitable from Cs-137 released at the Chernobyl site in 1986.

But scientists are mostly worried about something else.

The Nuclear Regulatory Commission (NRC) considers the probability of an earthquake at the site, located near San Clemente in San Diego County, to be low. However, in 2007 the NRC’s Emergency Operations Center estimated that drainage of a spent fuel pool from an earthquake at one of San Onofre’s reactors could result in a catastrophic atmospheric release, resulting in lethal exposures to people within a 10-mile radius.

A major reason for this potential hazard is that the pools were meant to store irradiated nuclear fuel no longer than five years. Instead, this spent fuel is being stored indefinitely and may remain on-site far longer than the reactors themselves were supposed to last.

Thus, the government doesn’t require that spent nuclear fuel pools have the “defense-in-depth” nuclear safety features required for reactors. Because they aren’t under the heavy containment that covers reactor vessels — as is mandatory for all new reactors — radiation releases from spent pools are more likely to reach the outside environment.

To be safe instead of sorry, Southern California Edison needs to transfer the remaining spent Cs-137 to on-site, dry-cask storage — a significantly safer alternative.

A dry-cask rupture would be 2,500 times less radioactive than the pools currently used, according to the Nuclear Regulatory Commission. It would cost about $122 million to achieve this important safety goal at the San Onofre Nuclear Generating Station, the Electric Power Research Institute estimates.

Unfortunately for California, it’s likely that spent nuclear fuel will remain at the San Onofre site for several more decades. Nuclear disposal projects have a history of failure and public opposition. The Energy Department predicts that a permanent disposal site won’t be ready until 2048.

But there’s one thing that Washington bureaucrats are forgetting: There are funds already collected and available that can foot the bill for taking the essential precaution of dry-casking San Onofre’s spent fuel.

As of 2011, only $7.3 billion of the Nuclear Waste Policy Act budget had been spent, leaving a balance of $25 billion. This sum could more than pay for the dry, hardened storage of spent reactor fuel. All Congress has to do is amend the Act to address on-site spent fuel storage.

Nuclear fuel security is a public safety priority. The cost of fixing the nation’s nuclear vulnerabilities may be high. The price of our status quo is far higher. If you don’t believe me, go ask the people of Fukushima.

Robert Alvarez, an Institute for Policy Studies senior scholar, served as a senior policy adviser to the Secretary of Energy during the Clinton Administration. He authored the report Reducing the Hazards of High-Level Radioactive Waste in Southern California
Distributed via OtherWords (OtherWords.org)