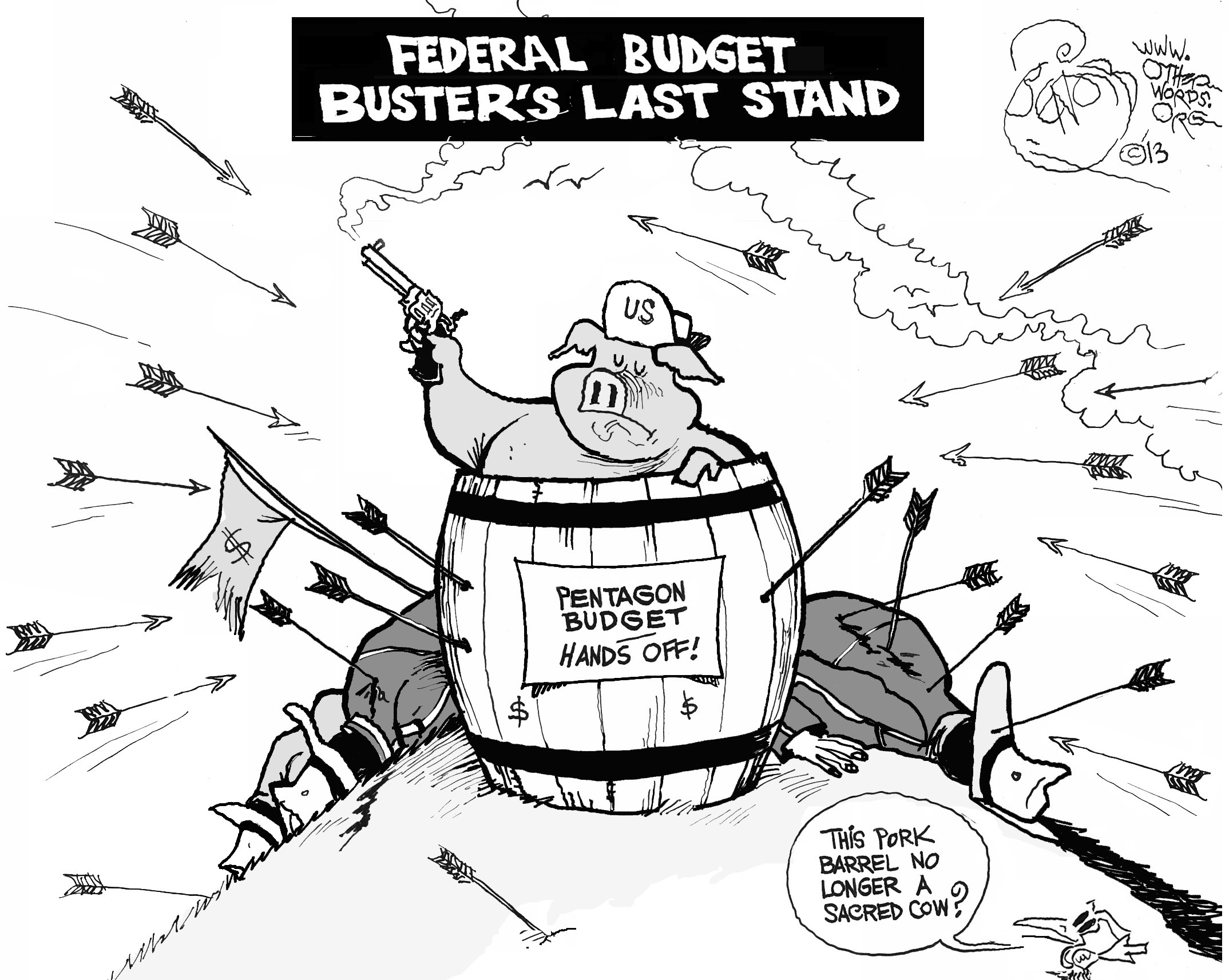 Pentagon pork is too easy to push through Congress.
By Ben Freeman | February 13, 2013

It’s getting easier to find people inside Washington’s Beltway who want to cut the fat from the Pentagon budget.

The growing tide of support for reining in profligate Pentagon spending includes liberal think tanks, such as the Center for American Progress, and right-wing organizations, like Grover Norquist’s Americans for Tax Reform. Some of the CEOs of Pentagon contractors and former military leaders — including retired Adm. Mike Mullen, a former chairman of the Joint Chiefs of Staff — are on board. 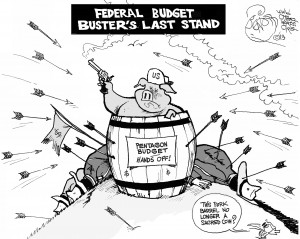 Yet, none of that’s stopping outgoing Secretary of Defense Leon Panetta from beating the “doomsday” drum about the roughly 10 percent in reductions to Pentagon spending scheduled to take effect in March as part of across-the-board federal budget cuts. Panetta says the cuts would have a “devastating” effect on U.S. military might.

But guess what? In trying to show how they would cope with these automatic cuts, the three military branches have, perhaps unwittingly, exposed what Sen. John McCain (R-AZ) calls a “culture of inefficiency” at the Pentagon.

Detailed “guidance documents” released by the branches call for curtailing spending on things that aren’t “mission essential.” As it turns out, the list of non-mission essential items in the half-trillion-dollar Pentagon budget is quite extensive. Examples include Blue Angels airshows and flyovers at sporting events — which cost hundreds of thousands of dollars. The Navy’s participation in Fleet Weeks, festivals, and conferences, which can each cost millions of dollars, is on the chopping block too.

Those guidance documents also ask managers to conserve energy, cut back on administrative overhead costs, and trim the fat from all contracts.

These are all prudent measures. So prudent, in fact, that you’ve got to wonder why the Pentagon hasn’t been doing this all along. Why have we taxpayers been paying for activities that weren’t mission critical?

The simple answer is that Pentagon pork is the easiest pork to push through Congress. And all this non-essential spending really adds up. Sen. Tom Coburn (R-OK) recently released a report documenting $68 billion in “Department of Defense spending that has little to do with national security.”

Among other boondoggles, Coburn found that the Pentagon was using taxpayer money to develop a computer app that lets you know when it’s time for a coffee break. Gulp.

And taxpayers content with 99-cent Slim Jims might choke on them if they knew that they’re footing the $1.5 million bill for the Pentagon to develop its own brand of beef jerky.

The Pentagon is notorious for being the only government agency that can’t pass a financial audit. For example, the Defense Contract Audit Agency reviewed roughly a third of all Pentagon contract dollars in 2011 and found that taxpayers were overcharged nearly $12 billion by military contractors. Given that Pentagon contractors employ hundreds of lobbyists, nearly $60 million worth last year according to the Center for Responsive Politics, we shouldn’t expect a refund any time soon.

The time has come to crack down on waste, inefficiency, and pork-barrel projects at the nation’s largest bureaucracy.

As Adm. Mullen has repeatedly warned, the single biggest threat to our national security is the national debt. The Pentagon must confront that threat now.

Ben Freeman is a national security investigator for the Project On Government Oversight. POGO is part of the Pentagon Budget Campaign, a broad national effort to rein in wasteful Pentagon spending. POGO.org
Distributed via OtherWords. OtherWords.org