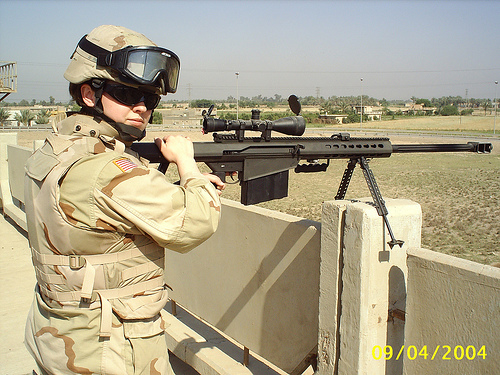 In modern times, practically every U.S. president has sent our troops to die in wars of lies.
By Jim Hightower | September 2, 2014

Ready or not, here we go again. The Pentagon is barreling back into the chaos of Iraq. Apparently, “Mission Accomplished” is “Mission Never-ending.”

The government says that, for now, America will only provide jet fighters, drones, weaponry, humanitarian airdrops, military advice, training — and, of course, our money — to the cause of making this unworkable country work. 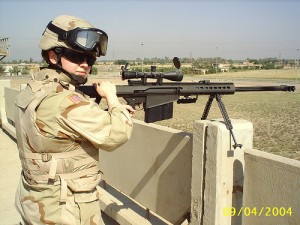 At least President Barack Obama has sensibly pledged that there will be no American “boots on the ground.” However, don’t count on “sensible” surviving the chaos.

The Shia-Sunni-Kurdish divide still rages there, now exacerbated by the theocratic Islamic State’s sudden sadistic invasion. Plus, Iraq’s prime minister (a corrupt autocrat who our foreign policy geniuses installed during the disastrous Bush-Cheney reign of errors) is so detested by practically everyone that the parliament dumped him.

Then, he added slapstick to Iraq’s chaos by desperately trying to cling to power, finally having to be almost physically hauled away.

But the least sensible factor affecting Iraq is our own warmongering members of Congress, demanding that we must go to war. Take Senator Lindsey Graham. The South Carolina Republican is filled with bloodlust over the ferocious rise of the Islamic State in Iraq, so he says we have no choice but to return there to destroy the fanatics.

Of course, by “we,” red-faced congressional warriors like Graham don’t mean them, their loved ones, or anyone else they actually know.

In modern times, practically every U.S. president has sent our troops to die in wars of lies and political flim-flam. From Vietnam to Grenada to Iraq, our soldiers have fought in senseless wars nearly non-stop for 70 years.

It’s time to tell the perennial political sword-rattlers that they should head for the front themselves.