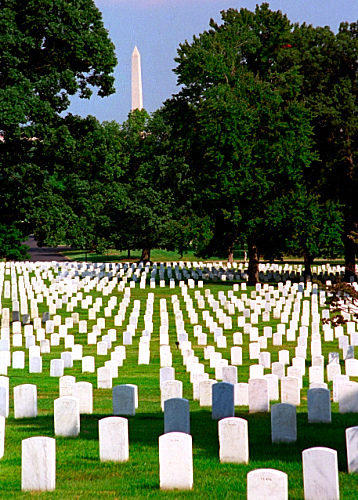 With the nature of war and warriors changing so much, it's time to consider updating how Americans observe this holiday.
By Amanda Ufheil-Somers | May 28, 2014

Whoever made the decision to open the National September 11 Memorial Museum just a few days before Memorial Day was both bold and intuitive. The theme of remembrance unites both events, but the 9/11 memorial is a departure because it is dedicated to those so often forgotten in the recollection of national sacrifice — civilians.

That the museum chose to open at this time reflects an evolution in the observance of Memorial Day. Originally an opportunity to honor soldiers killed in the Civil War, by the time it became an official federal holiday in 1971 memorial services recognized all those who lost their lives in military service. The 9/11 museum extends this courtesy to 2,977 people — Americans, as well as immigrants and other foreigners — who didn’t know they worked in war zones.

The nature of U.S. conflict is changing and putting more and more civilians in harm’s way. It’s time to update our style of remembrance.

To date, 6,808 American troops have been killed in Afghanistan and Iraq. No government body has systematically tracked the deaths of Afghan and Iraqi civilians. The Iraq Body Count project’s analysis of media- and NGO-documented deaths puts the Iraqi civilian death toll from violence — by coalition forces or during the civil war — between 123,000 and 138,000 since 2003.

The UN mission in Afghanistan has only compiled civilian fatalities since 2007. Their tally is 17,705. That there’s no reliable count for the total number of Afghan civilian deaths reveals how entrenched the belief is that civilians are extraneous, even when modern warfare happens almost exclusively in their midst.

Contracted employees of the U.S. government represent another significant segment of civilian deaths. The Department of Labor has recorded 3,503 military contractor deaths as of March 31, though this number only represents the insurance claims filed by employers.

Washington lacks a systematic way to track military contractor employment and experts admit that contracting companies underreport injuries and deaths among their employees. But the data indicates that during some months, contractors have been injured and killed at higher rates than military personnel. A 2012 New York Times article bluntly summarized the danger posed to civilian employees in Afghanistan: “Even dying is being outsourced here.”

A minority of military contractors are U.S. citizens. Around 80 percent are locals or other foreigners — the U.S. military calls them “third-country nationals.” These men and women supplement U.S. troops by serving as interpreters, drivers, and security guards. They staff dining halls, restaurants, laundry facilities, barbershops, and all manner of services for soldiers and other contractors.

Contractors are as essential to the military’s operation as its direct employees. Indeed, soldiers used to fill most of these support roles, and their service was considered equal to those in combat.

Yet there has been almost no recognition of civilian employee deaths by the Pentagon or the White House. Memorials for civilians tend to be improvised and, these days, online. A website memorializing contractors killed in Iraq and Afghanistan asks for family and friends to submit names by email. Other efforts to lobby for an official memorial to civilians who have been killed in national service are at the earliest stages.

Many veterans and their families are concerned that Memorial Day has lost much of its meaning in the shuffle of department store sales and lighthearted barbecues. Several veterans’ organizations are campaigning to restore Memorial Day to its original fixed date, May 30, to emphasize remembrance rather than recreation. The late Senator Daniel Inouye of Hawaii championed this effort in Congress, but his bills never made it to a vote.

Perhaps these disparate efforts could rally around a common goal: to recognize all those who have been killed in, or because of, war.

Honoring the many civilian victims of war doesn’t diminish the sacrifices of soldiers and their families. It unites us all in remembering that modern war exacts its terrible toll on those who knowingly assume the risk of death — and those who don’t.