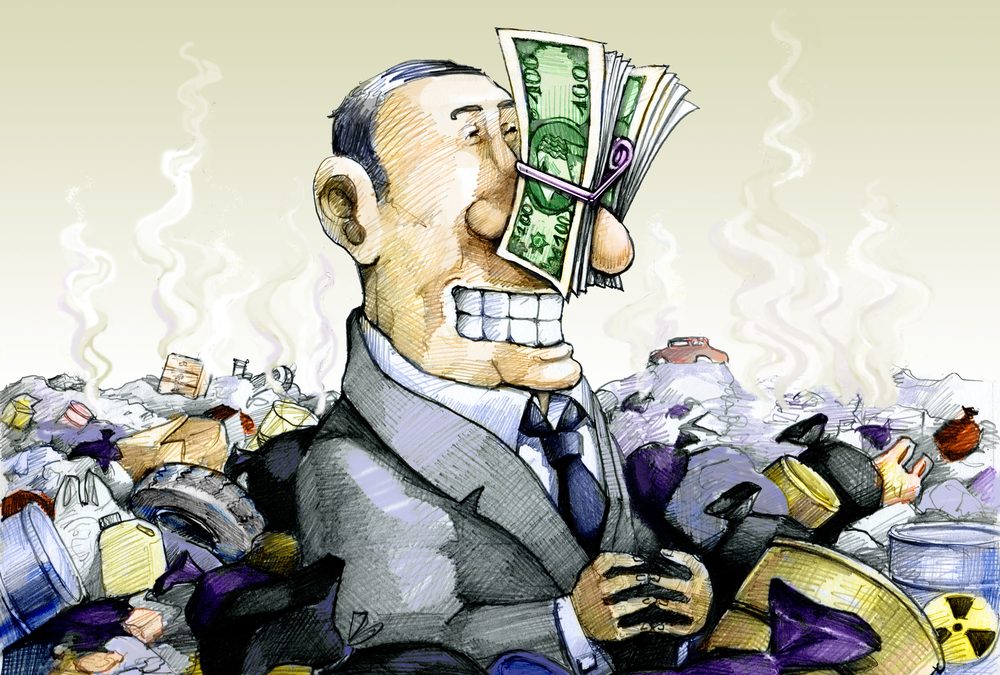 Money In Politics Is a Civil Rights Issue

Less than 1 percent of the population provides most of America’s campaign funds. It looks nothing like the rest of us.
By Chiraag Bains | March 17, 2020

Ten years after Citizens United, our elections are awash with money from mega-donors and corporations. They drown out the voices of everyday people and warp public policy, with serious consequences for racial justice and the economy.

An antidote is sitting idle on Senator Mitch McConnell’s desk: H.R. 1, the For the People Act, passed by the House a year ago this month.

In 2016, campaign spending on the presidential election totaled $2.4 billion. The average Senate winner in 2018 spent $15.7 million, with challengers needing on average $23.8 million to topple incumbents. Even local election costs can be forbidding. Spending in the recent Los Angeles County school board primary topped $6 million.

Although occasionally a candidate like Bernie Sanders can raise the money to compete from small donors, that’s the exception. The vast majority rely on a small class of large donors.

How small? Less than 1 percent of the population provides the majority of campaign funds. Indeed, just 25 people pumped over $600 million into the 2016 federal elections.

That donor class looks nothing like America. My organization found that 92 percent of federal election donors in 2014 and 91 percent of donors in 2012 were white. Those numbers are even more skewed for large donors.

First, the big money system is a barrier for Black and brown candidates.

They’re less likely to have rich friends and business associates, making it difficult to raise the money to compete. When candidates of color do run, they raise on average 47 percent less than their white counterparts, who are also more likely to be able to self-fund. This is a big reason 90 percent of our elected officials are white, even though 37 percent of us are people of color.

Second, the policy preferences of the donor class are far out of step with those of the general public, and particularly of people of color.

For example, people of color support the role of government in reducing inequality at significantly higher rates (67 percent) than do people earning over $100,000 a year (53 percent). People of color are also more likely to list job creation and affordable college as their economic priorities, while the wealthy cite lower taxes and deficit reduction.

It shouldn’t surprise us, then, when elected officials champion an agenda that serves the interests of the wealthy at the expense of Black and brown families and working people of all races.

The challenge is that the Supreme Court has invalidated commonsense campaign finance protections time and again. It has struck down reasonable contribution limits and restrictions on self-financing, allowed the rise of SuperPACs, and greenlit wealthy individuals pouring millions into the system.

H.R. 1, the For the People Act, would stay within the lines drawn by the Court and still curb the harmful influence of big money.

For starters, it would create a public financing system for congressional candidates that would match contributions under $200 at a rate of 6:1. In this way, a $20 donation would become $140, a $200 donation $1,400.

The cost of the program is reasonable — about $1 per citizen per year, by one estimate. The bill also creates a pilot program of $25 vouchers for people to give to congressional candidates they support.

These simple ideas work. Similar public financing programs in New York City and Arizona, and a voucher program in Seattle, have diversified the donor pool and allowed more candidates of color to run.

More equitable public policy would follow. For example, public financing in Connecticut was crucial to the state breaking a legislative logjam and becoming the first in the nation to guarantee paid sick leave.

Countering the undue influence of big money in our elections is a civil rights issue. H.R. 1 passed the House a full year ago. The American people should demand that it become law.

Chiraag Bains is the Director of Legal Strategies at the racial justice “think-and-do tank” Dēmos. Follow him at @chiraagbains. This op-ed was adapted from Inequality.org and distributed by OtherWords.org.