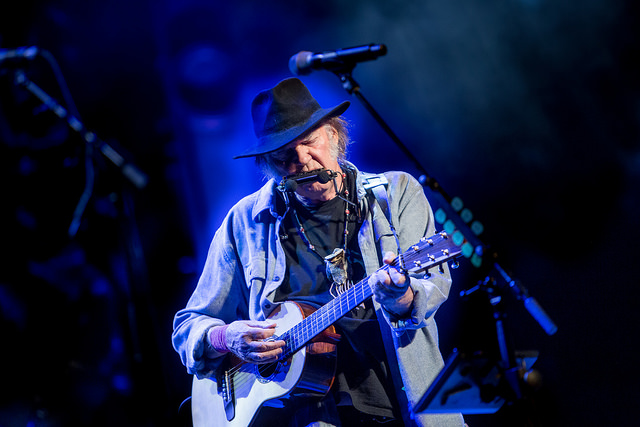 Monsanto Hits All the Wrong Notes

Yes, and when created by a people’s champion like him, music can bring down the high and mighty — just as Joshua’s trumpeters brought down the walls of Jericho.

Or, in Young’s case, the walls of Monsanto.

He’s released powerful new album called The Monsanto Years. It takes on the arrogant gene manipulator and avaricious pesticide merchant for its relentless attempts to profiteer at the expense of family farmers, consumers, people’s democratic rights, and nature itself.

On the title track, Young sings: “The farmer knows he’s got to grow what he can sell, Monsanto, Monsanto/ So he signs a deal for GMOs that makes life hell with Monsanto, Monsanto/ Every year he buys the patented seeds/ Poison-ready, they’re what the corporation needs, Monsanto.” 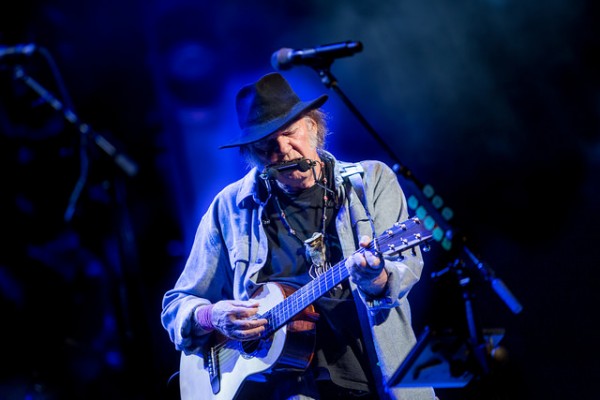 Poor Monsanto. It says that Young’s lyrical truth has hurt its feelings.

Actually, Monsanto has no feelings, since it’s a corporation, a paper construct created solely for the purpose of maximizing the profits and minimizing the obligations of its big shareholders. Nonetheless, the global giant whined that Young’s song ignores “what we do every day to help make agriculture more sustainable.”

“Sustainable” for whom? By its daily actions, Monsanto shows that it’s working on sustainability for the corporate exploiter.

But “corporations don’t have children. They don’t have feelings or soul,” as Young puts it. “They don’t depend on uncontaminated water, clean air, or healthy food to survive. They are beholden to one thing — the bottom line. I choose to speak truth to this economic power.”

In Neil Young’s music, mighty Monsanto has met a freewheeling cultural power it can’t intimidate, buy out, censor, or escape.