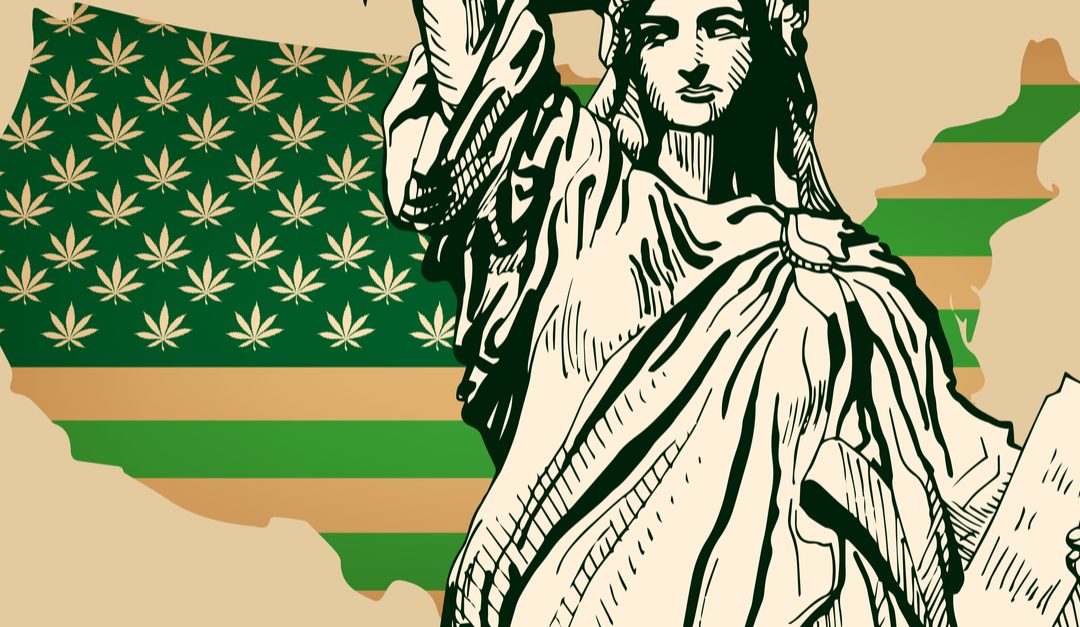 More Americans Than Ever Want Marijuana Legalized. Lawmakers Should Listen.

Nearly two-thirds of Americans want cannabis to be legal — but marijuana arrests are going up, not down.
By Paul Armentano | October 24, 2018

Of the nearly 660,000 marijuana-related arrests made by law enforcement in 2017, the last year for which data is available, 91 percent (599,000) of them were for possession violations—– not trafficking, cultivation, or sales. In the Midwest and South, nearly half of all drug possession arrests are for marijuana-related violations.

Despite rapidly changing public opinion in favor of the plant’s legalization and regulation, many states continue to punish marijuana law offenders in a draconian manner.

In Florida, for instance, the possession of 20 grams or more of cannabis is classified as a felony offense, punishable by a year in prison, a $1,000 fine, and a permanent loss of voting rights.

In Arizona, possessing any amount of marijuana may be prosecuted as felony, punishable by up to two years in prison and a whopping $150,000 fine. In Texas, which reports some 63,000 marijuana possession arrests annually, offenders face up to six months in jail.

In Oklahoma, growing a single cannabis plant may be punishable by life in prison.

In some jurisdictions, a marijuana arrest can result in the loss of child custody, or even the ability to adopt a child — all for an activity that over half of American adults acknowledge having engaged in at some point in their lives, and that more than 60 percent of voters believe should no longer be a crime.

The disconnect between voters’ attitudes toward marijuana policy and the law itself is only becoming more pronounced.

Since 2000, public support for legalizing cannabis has nearly doubled, while over 90 percent of voters believe that physicians ought to be able to legally recommend it to their patients. Nonetheless, few politicians at either the state or federal level are willing to seriously consider legislation to enact legal reforms.

In fact, federal law continues to deny that the plant possesses any “accepted medical utility in the United States,” and maintains that cannabis belongs in the same category as heroin — a “flat Earth” fantasy that woefully fails to pass the smell test.

At the state level, eight of the nine states that have legalized marijuana use for adults have done so by direct voter initiatives.

In short, advocates who seek to change the legal status of marijuana have had little choice but to amend the law themselves, without the assistance or the support of their elected officials.

While some jurisdictions, like Michigan and North Dakota — where voters in November will decide on statewide ballot measures legalizing the plant’s possession and use by adults — allow for direct democracy, in many others this path isn’t an option.

In these latter states, people have little choice but to demand better from their elected representatives. If our marijuana laws can’t keep up with changing public attitudes, the people who make those laws may soon find themselves replaced by those who will.