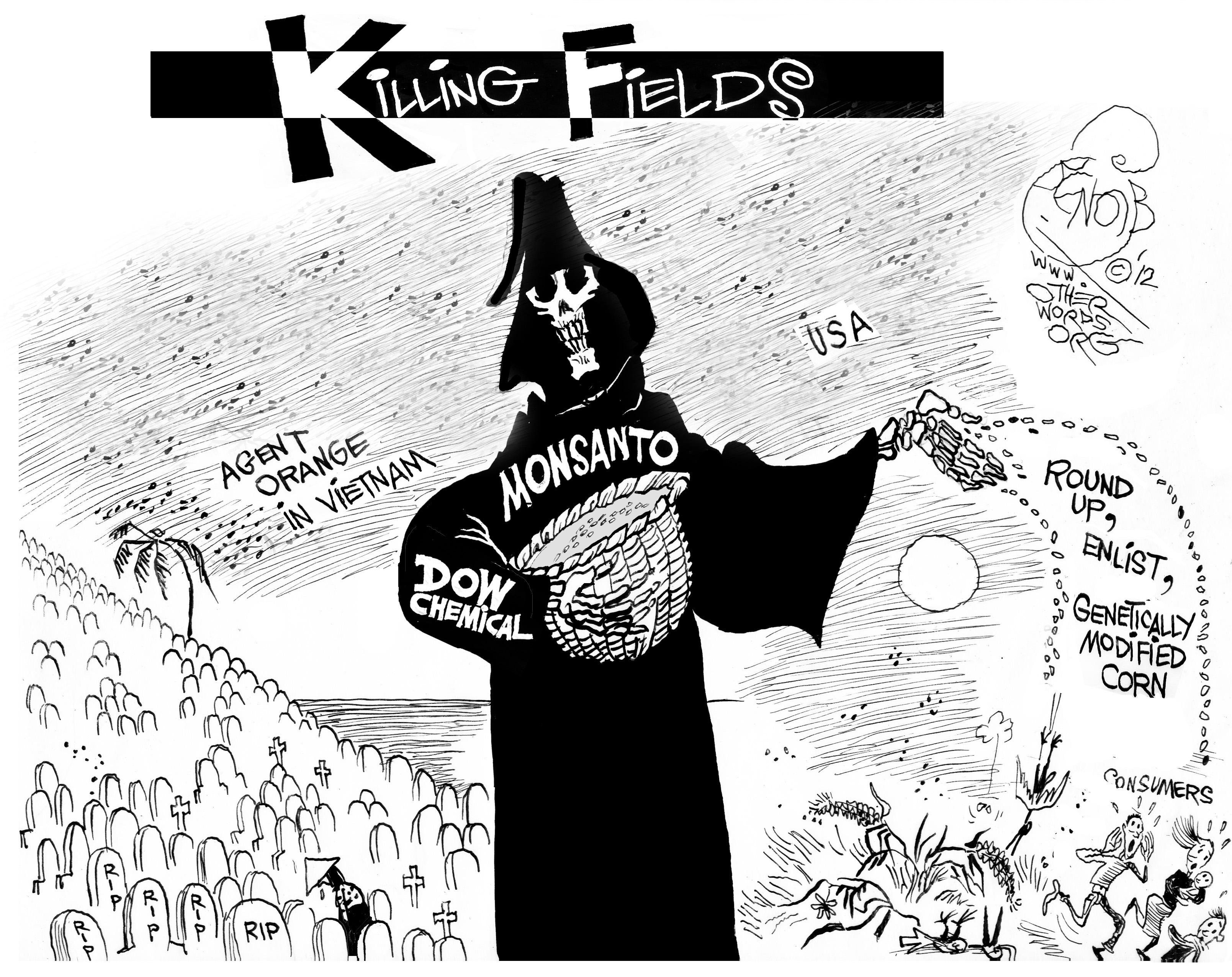 So much of Monsanto's poison was spread in the past decade that weeds naturally developed a resistance to it.
By Jim Hightower | June 4, 2012

Rather than find ways to cooperate with the natural world, America’s agribusiness giants reach for the next quick fix in a futile effort to overpower nature. Their attitude is that if brute force isn’t working, they’re probably not using enough of it.

Monsanto, for example, has banked a fortune by selling a corn seed that it genetically manipulated to produce corn plants that won’t die when sprayed with the Roundup toxic weedkiller. Not coincidentally, Monsanto also happens to manufacture Roundup. It profits from the seed and from the huge jump in Roundup sales that the seed generates. Slick.

But Mother Nature, darn it, has rebelled. So much of Monsanto’s poison was spread in the past decade that weeds naturally began to resist it. As a Dow Chemical agronomist explained, “The real need here is to diversify our weed management systems.” 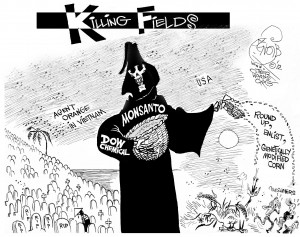 Exactly right! We need non-chemical, sustainable systems that work with nature and without genetically altered crops.

But, no, the Dow man didn’t mean that at all. He was calling for more brute force in the form of Dow’s new genetically altered corn seed that can absorb Dow’s super-potent 2,4-D weedkiller, which it markets under the “Enlist” brand name. Use this stuff, he says, and nature will be defeated.

Wrong. Nature doesn’t quit. The weeds will keep evolving and will adapt to Dow’s high-tech fix, too. By pushing the same old thing relentlessly, says an independent crop scientist, agribusiness interests “ratchet up [America’s] dependence on the use of herbicides, which is very much a treadmill.”

It’s time to start listening to the weeds — and cooperating with Mother Nature. To advance this common sense approach, a national coalition is backing a California “Right to Know” initiative requiring the labeling of genetically altered foods. To help, go to the Organic Consumers Association at www.OrganicConsumers.org.