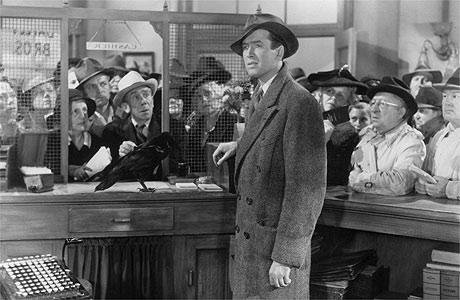 Move Your Money to a Better Bank

Smaller financial institutions take the time to get to know their clients.
By Andrew Korfhage | December 19, 2011

During a key scene in the classic holiday film It’s A Wonderful Life, savings-and-loan proprietor George Bailey, played by Jimmy Stewart, memorably explains to the townspeople how his business works – that he’s not sitting on piles of money just because he runs a small, local bank.

“Your money’s not here,” George tells the crowd. “It’s in the Kennedy house and the MacLaren house, and a hundred others. You all put your savings in here and then we make loans to people to buy homes and cars and other things.”

Alas, when you save or invest in big corporate banks in the 21st century, the bank isn’t likely to explain to you, George-Bailey-style, how your money is going to work in the world. Imagine what it would be like if they would. 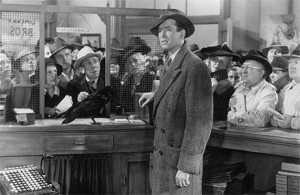 “Your money’s not here,” the bank might say. “It’s financing fossil-fuel energy projects that are polluting our environment, or helping a corporation move jobs into overseas sweatshop factories. It’s in the CEO bonus, and the CFO bonus, and a hundred others.”

As Occupy Wall Street and related protests grew this fall, anger at the giant banks rightfully swelled as well, with a “Bank Transfer Day” declared for pulling money out of the big banks and moving to smaller local banks and credit unions. But not every news story covering this issue took note of the financial institutions specially designed to play a positive role in local communities.

Community development banks and credit unions — collectively called CDFIs, for “community development financial institutions” — direct their lending toward those who have been overlooked by conventional lenders. Unlike the conventional banks that contributed to the 2008 global economic crisis by lending out billions in unsound and predatory subprime mortgages that their borrowers couldn’t repay, CDFIs take pride in their expertise with lower-income borrowers. They take the time to get to know their clients, determining what homeowners and small-business owners can actually afford.

With more of a community focus, CDFIs pursue reasonable, rather than excessive, rates of return. They target projects that lift up underserved communities, and boost local economies by financing small businesses that perform vital local services. By contrast, the New Rules Project reported in 2010 that the 20 biggest banks “devote only 18 of their commercial loan portfolios to small business,” despite the clear need to spur small-business growth to jump-start our economy.

Where are the big banks directing all their money if they’re not supporting small businesses? For one thing, mega-bank CEOs as a group have seen their pay skyrocket back to 2008 levels and higher. The Financial Times reports that big-bank CEO pay rose 36 percent in 2010, while average workers in private industry saw their pay rise only 2 percent.

If you’d rather see your banking and investment dollars going to improve your own community, rather than lining the pockets of CEOs or financing projects that don’t match your values, there’s an easy solution. When you pull your money out of your mega-bank and start banking with CDFIs, your old bank will hear your voice even louder and clearer than if you were standing on Wall Street with a bullhorn.

And you’ll be joining a growing movement. Funds invested in CDFIs grew from $5 billion in assets to nearly $40 billion over the last decade. You can find lists of banks and credit unions maintained by the Community Development Bankers’ Association (www.cdbanks.org) and the Federation of Community Development Credit Unions (www.cdcu.coop). You can use these resources to find your own local “George Bailey” and make a New Year’s resolution to make your banking part of the solution, rather than part of the problem.