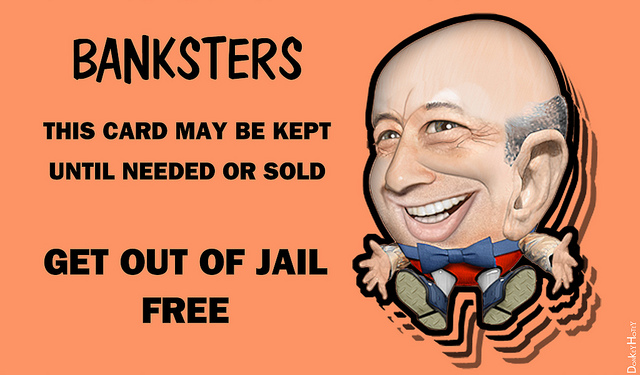 Until the banksters themselves feel the heat, the government can't stop corporate crime.
By Jim Hightower | June 16, 2015

Four massive financial conglomerates — JPMorgan Chase, Citigroup, Barclays, and the Royal Bank of Scotland — have been busted for engaging in a criminal conspiracy to rig the global currency market. Bank regulators have now slapped them with an equally massive fine, totaling $5.4 billion.

The financial felons coordinated their illegal currency manipulation scheme through online chat rooms with devil-may-care names like “The Cartel” and “The Mafia.” The banks’ culture of greed led to such reckless arrogance that one of Barclays’ price-fixers offered this bit of ethical encouragement to his chat room pals: “If you ain’t cheating, you ain’t trying.”

Well, taking a $5.4 billion hit will put an end to that sort of reprobate banksterism, won’t it? 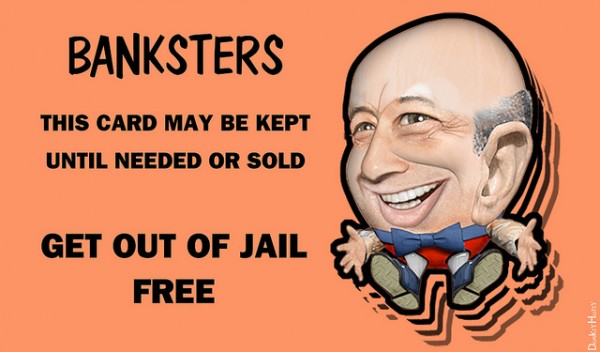 While this was the first time that banks themselves had to admit their corporate criminality, all of them are free to continue trading currencies. No top executives were charged for the crimes they oversaw.

And while $5.4 billion is a huge, record-level criminal penalty, it’s easily absorbed by these global casino operations. In the first three months of this year, for example, JPMorgan Chase raked in $4 billion just from its fixed income and currency trading division — about seven times its share of the penalty leveled against the four banks.

Citigroup’s CEO Michael Corbat called the punishment “an embarrassment” to his bank. But banks aren’t people. They can’t feel embarrassed, nor can they commit crimes — only bankers can. And, as should be obvious by now, being embarrassed is no deterrent at all to their endlessly creative criminality.