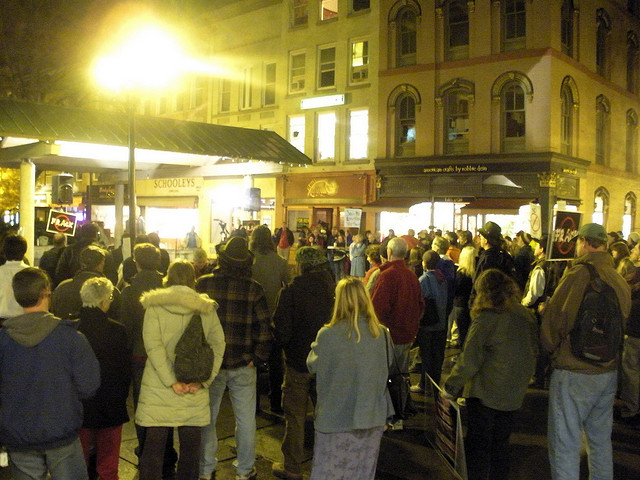 All my life, I’ve been a good citizen. I vote. I volunteer. I know my neighbors.

Moreover, I take care of my property. I garden. I make jams and jellies to give away for Christmas. In short, I fulfill my obligations as a rural homeowner.

Still, there’s one additional step I’ve taken to be a good neighbor: I’ve signed a pledge to resist fracking in New York State.

I moved with my family to the small city of Ithaca in upstate New York five years ago. We were drawn to the natural beauty here and the innovative local economy, which has one of the fastest growing organic and family farming sectors in the country.

Here in Ithaca, crop mobs — large groups of volunteers — show up at local farms to plant and harvest alongside our hardest working neighbors: the farmers. A network is growing, too, to provide low-income residents with access to locally grown, healthy, organic produce. 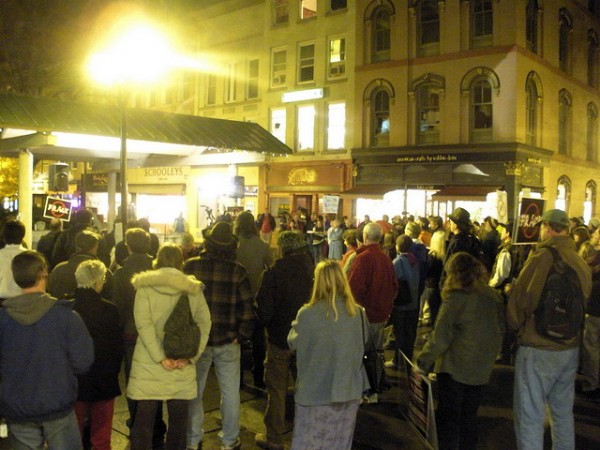 We’re on the cutting edge of a new economy: one that uses renewable energy, leaves a small carbon footprint, and invests in local businesses. This emerging economy is more livable and prosperous than older models, which are failing everywhere.

Fracking threatens all of this.

Fracking, or “hydraulic fracturing,” is a controversial method used in drilling for oil and gas. It turns rural communities into industrial zones, complete with all the problems that come with heavy industry: blazing flares, loud noise, light pollution, heavy truck traffic, and air and water contamination.

Although you might not choose to buy property next to an industrial waste site, if your neighbor wants to frack, you’re out of luck.

Residents living near fracking sites complain of a wide range health problems related to pollution of their property — from nosebleeds to asthma, cancer, and kidney disease.

To make matters worse, gas companies and lawmakers have teamed up in states like Pennsylvania to pass gag rules that block doctors and nurses from discussing the health effects of fracking-related chemical exposures with their patients.

A recent study published in the peer-reviewed Environmental Health journal shows that not only does fracking pollute water sources — more than 687 million gallons of fracking waste laden with radioactive materials and heavy metals were injected in deep wells in Ohio alone last year — it also threatens our air quality.

Among the chemicals that most often exceeded limits, the study found formaldehyde, a known human carcinogen, and hydrogen sulfide, a potent nerve and organ toxin that smells like rotten eggs. In Wyoming, the air sample contained hydrogen sulfide in concentrations ranging from twice to 660 times the level classified by the EPA as immediately dangerous to human life.

These facilities are located near schools, farms, and homes. Our regulatory system is failing these families while increasing profits for the fossil-fuel and chemical industries.

This is why a dear neighbor of mine recently spent the night in jail, and why 83 people in recent weeks — including the baker who makes our bread each week, and the owner of my favorite restaurant — have peacefully blocked the entrance at a proposed gas storage site beneath Seneca Lake.

And it’s why I’ve joined thousands of New Yorkers in signing a pledge to resist fracking. Because if we poison this land, we’ll never get it back.

Melissa Tuckey is an award winning poet and author of the book Tenuous Chapel. She’s a co-founder of the national poetry organization Split This Rock. You can read more of her writings at www.melissatuckey.net. New Yorkers can sign the anti-fracking pledge at www.dontfrackny.org/pledge.
Distributed via OtherWords.org.