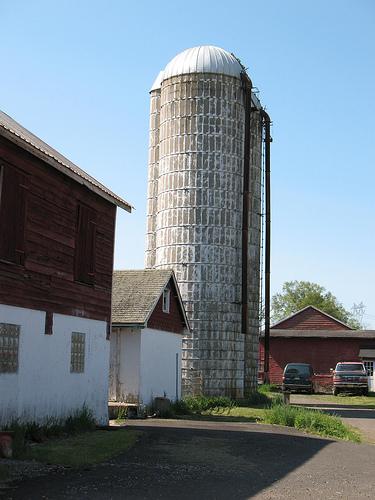 The meatpacking industry, giant poultry companies, and largest food processors have forced more than 1 million American farmers and ranchers out of business since 1980.
By Mardy Townsend | October 3, 2011

Several lawmakers are proposing a time-out on new regulations to supposedly generate a more job-friendly environment. To some that might sound reasonable given the nation’s entrenched unemployment, but there’s one set of new rules in particular that should not be blocked.

Smaller-scale and independent farmers like me have waited 90 years for the government to enforce a law that would finally give us the chance to compete on a more level playing field. These new regulations are supposed to do just that. 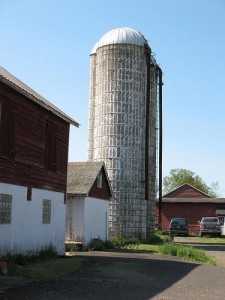 The situation is truly dire. The meat packing industry, giant poultry companies, and largest food processors have forced more than 1 million American farmers and ranchers out of business since 1980. We don’t need more delays — we’ve already waited too long.

The 2008 farm bill included a long-overdue provision requiring the U.S. Department of Agriculture to propose rules to be administered by their Grain Inspection, Packers and Stockyards Administration (GIPSA). These rules would amend the Packers and Stockyard Act of 1921 to give America’s family farmers and ranchers the opportunity to participate in a fair and open market, thereby curbing the systematically abusive and anti-competitive practices of the largest meat and poultry processing companies putting independent farmers out of business. The Republican-led House of Representatives is trying to block that work by stripping GIPSA of the money it needs to operate.

Economists agree that any market is harmed once the top four firms in the industry control more than 50 percent of it. Well, four U.S. beef packers control 81 percent; four pork processors control 66 percent; and four poultry companies control 60 percent of the national market. These levels of concentration enable Tyson, Cargill, and other large meatpackers to exert an unfair degree of control over the marketplace.

The rules would also ensure that sellers of cattle, hogs, and poultry no longer have to prove that a processor’s abusive business practices used against one producer caused injury to the entire livestock marketplace. Producers would simply have to prove that the abuses damaged their own operation.

I was one of the 66,000 who submitted comments to USDA supporting the proposed GIPSA rules by the November 2010 deadline. A majority supported the changes, but it’s no surprise that poultry companies, meat packers, and commodity groups, including the National Pork Producers Council and National Cattlemen’s Beef Association, oppose them.

In 2003 these groups waged a campaign based on false projections to block Country of Origin Labeling (COOL). COOL finally went into effect in 2010 and helps consumers to know their food’s source. These groups don’t speak for me or other independent livestock farmers.

The farmers and rural communities in northeast Ohio, where I live, can’t wait any longer for these rules to take effect. When the meat cartels’ expensive ads misstate that these new rules will kill jobs, I think of the nearly 20,000 hog producers who went under from 1980 to 2007, leaving only 2,300 in Ohio. These were small-to-medium size, locally owned businesses employing local workers.

We’re losing more and more rural businesses daily. Job loss figures don’t take into account the jobs that aren’t being created, or the number of young people leaving their farms because they can’t make a living. Farmers need other farmers and the accompanying infrastructure of purebred breeders, feed mills, veterinarians, farm stores, small meat processors, and other supportive rural businesses.

Many farmers, including some of my neighbors, are responding to consumer demand for local, grass-fed livestock. But to sustain viable farms and a regional food system, we need strong GIPSA rules to restore fairness and to roll back the unfair monopoly control that these vertically integrated companies wield.

Big agribusinesses and lawmakers are claiming that the new rules would prove to be an unwarranted regulatory burden and increase the cost of food. They’re wrong.

By restoring competition, these long-overdue rules will help stem the rapid loss of our nation’s independent farmers, ranchers, and growers, and encourage new ones. It will also sustain and create decent rural jobs, and provide consumers with real choice.

Mardy Townsend is an organic, grass-fed beef farmer in northeast Ohio. She is president of the Ashtabula-Lake-Geauga Farmers Union, an organizational member of the National Family Farm Coalition. www.nffc.net