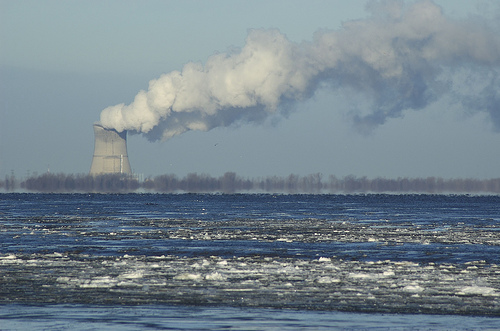 Japan backtracked on an ambitious plan to shut all of its nuclear reactors but Germany is blasting forward with an effort to do just that by 2022.
By William A. Collins | December 19, 2012

Atoms make
Those turbines fly;
Just not safe
For you or I.

You’ll be pleased to hear that after decades of diligent negotiations, nuclear weapons are no longer the greatest danger to the world today.

You’ll be less pleased to hear that the top danger now is nuclear power. Yes, weapons still make a great excuse to invade nations allegedly on the cusp of acquiring them, especially if they’ve got large oil deposits, but no one is really much concerned anymore about owners actually using them. Even “crazy” nations aren’t into suicide.

Atomic safety is now less the province of government and more of corporations. That’s why atoms have become more worrisome when used to generate electric rather than political power. Pin-striped moguls don’t fret about social consequences. Their medium-term outlook only extends as far as the next quarterly dividend, and there’s no future that registers beyond their own golden-parachuted retirement.

In an industry where consequences can be very long-lasting indeed, and hard to measure, this attitude isn’t healthy for people or any living thing requiring clean air and water. 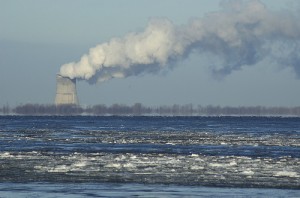 Take Japan. Responding intelligently to the Fukushima nuclear disaster, the government concluded that “nuclear safety” is an oxymoron and announced a goal of going nuke-free by 2040. That plan, which unleashed powerful opposition from Japanese business leaders, lasted about a week.

No such nobility has emerged, even for a moment, in this country. Not only has the Nuclear Regulatory Commission (NRC) plodded sturdily along its assigned track of whitewashing the industry, but during the Obama administration’s first term it approved construction of two new reactors, the first in 30 years. To make matters worse, the White House backs nuclear loan guarantees, without which no company would ever attempt to build a reactor.

But even without a Fukushima of our own — yet — nukes still cause plenty of problems. The biggest continues to be where to put the waste. The proposed dump site at Yucca Mountain in Nevada got scratched, but towns with atomic plants still need to put that radioactive stuff somewhere.

The traditional repository for toxins has been Indian reservations and poverty-ridden lands in Africa and Asia. But each of these victims is becoming more testy, especially the Indians, who in many cases also have to put up with the deadly mining of uranium.

Meanwhile, further troubling evidence mounts. French scientists have announced that childhood leukemia is much higher in the neighborhood of nuclear reactors. Further, radioactive tuna from Japan’s shores are now carrying radiation across the Pacific, and Japan itself is still struggling to identify which foods are safe to eat and which are not.

Now you would think that a sane country, as we often pretend to be, might take these lessons to heart and begin winding down its nuclear industry in favor of wind and solar. But greed never rests or dies. Global warming is now the corporate rallying cry since nukes don’t emit so much CO2, as if that offsets all the other environmental risks. And our government and the media solemnly nod their heads at this new argument.

But nixing our nukes isn’t an outlandish idea. Germany responded to the Fukushima disaster by jumping forward with plans to ditch all nuclear energy by 2022. And it’s still got the most reliable grid in Europe, with fewer blackouts than we get here in the United States.