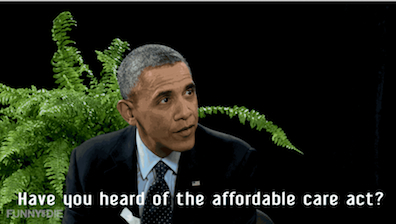 Progressives must welcome the debate that Republicans insist on having about repealing the Affordable Care Act.
By Richard Kirsch | March 19, 2014

For me, the fact that Republicans keep using the Affordable Care Act – Obamacare – as a political football is a tragedy. Sure, the law has problems, but it is already saving lives and improving the health of millions of Americans.

Thankfully, it seems that Republicans who are counting on attacking the health reform system to get them into the end zone will be stopped short of the goal line based on numbers coming out of a March special election for a Florida House seat

For me, the Affordable Care Act comes down to people’s lives and health. Consider the story of a young man I met who told me that this new avenue to becoming insured had saved his life.

He had some symptoms that made him worry about his health. But he, like many Americans without insurance, ignored them, as he couldn’t afford to see the doctor. After the Affordable Care Act became law, he got coverage through his parents’ health insurance plan, and on visiting a doctor, found out he had stage 4 — that’s advanced — cancer. Fortunately, he got to the doctor in time to save his life.

That young man is far from alone. As of the end of February, some 11 million Americans have health coverage under the new law. Repealing it, as Republicans continue to insist, would take away coverage from each and every one of them.

In the Florida election, Republican David Jolly said “I’m fighting to repeal Obamacare, right away.” His opponent, Democrat Alex Sink countered, “We can’t go back to insurance companies doing whatever they want. Instead of repealing the health care law, we need to keep what’s right and fix what’s wrong.”

The key part of Sink’s message was to remind voters why people wanted health care reform in the first place. As one of Sink’s TV ads said, “Jolly would go back to letting insurance companies deny coverage.”

That’s an effective reminder of the huge problems Americans have had for decades, when insurance companies could deny care because of a pre-existing condition, charge people higher rates because they were sick, and even charge women higher rates than men. The ACA ended all that.

The candidates in Florida pushed especially hard for the votes of seniors, which is not surprising given both Florida’s high senior population and the fact that seniors vote more frequently than other age groups.

In its ads for Jolly, The Republican Congressional Campaign repeated the same misleading charge that Republicans used successfully in 2010 to scare seniors against the ACA, that it cut $716 billion from Medicare. But unlike 2010, when Democrats did not respond to attacks on the ACA, Sink pushed back.

By Election Day, voters had a clear contrast between the positions of the candidates on the ACA. It was a close election, with Jolly winning by a small margin (48.4 percent to 46.5 percent) in a district with an 11-point Republican advantage, one that has been represented by the GOP for nearly 60 years.

But polling found that independent voters in the district supported the “keep and fix” position over the “repeal” position by a margin of 57 percent to 31 percent. Sink actually gained ground over Jolly during the election on the question of which candidate had a better position on the ACA.

I am very much looking forward to the time when Congress can start having real debates on how, as Sink said, “we can keep what’s right and fix what’s wrong” with the Affordable Care Act. However, it looks like it will take at least one more election, in 2014, to get us to that point.

We will turn the corner if progressives do not sit on the sidelines, but instead welcome the debate that Republicans insist on having about repealing the ACA.

That debate is an opportunity for people to be reminded in concrete terms that the new health care program, for all its shortcomings, is about providing every American with the peace of mind that comes with having health coverage.