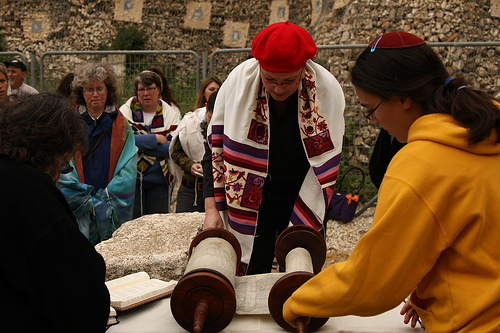 Sarah Silverman is a great comedian — she makes many of us laugh, myself included.

I admire her, not only because we need more mirth in the world, but because she’s an activist. Remember her “Great Schlep” ad in 2008 in which she urged Jewish grandkids “to schlep over to Florida and convince your grandparents to vote Obama”?

Despite her foul-mouthed comedy, Sarah was serious, and she brought her message to us in a humorous, but determined way. For her, it was no laughing matter.

Activism seems to run in the family. Sarah’s sister, Rabbi Susan Silverman, was arrested and detained at the Western Wall in Jerusalem this week. A total of 10 women were rounded up for the “crime” of attempting to pray at the Wall (one of Israel’s most holy sites), while wearing tallit. That’s the Hebrew word for Jewish prayer shawls, traditionally worn by men. In recent decades, however, thousands of Jewish women are starting to wear tallit as well.

For us, this is no laughing matter.

Rabbi Silverman’s action, taken with her daughter, Hallel Abramowitz, along with about 300 others (many of them female rabbis), was a declaration that the holy sites of Judaism should be open and accessible to all Jews, regardless of their gender or faith tradition. They donned the tallit in a declaration that in an open-minded society and an evolving religious faith, women should have the same right as men to worship in a way that is meaningful to them — prayer shawl and all.

They certainly should not be arrested and detained when they try to do so.

About two decades ago, when I first donned a tallit, I felt the embrace of generations of Jews before me who wore this devotional garment. Wearing the tallit brought me closer to the spirituality and sense of the Divine that I feel so deeply today. 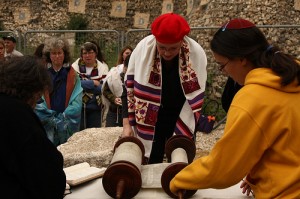 The women who came to the Western Wall to pray as Jews and as women, proudly wearing their prayer shawls, came to declare that Judaism can be an open-minded, wide-tent faith and culture, welcoming many different kinds of Jews. With pride, conviction, and commitment, they were lifting up the centuries-old principle of klal Yisrael, the unity of the people of Israel.

Those who seek to undermine klal Yisrael by arresting and detaining these courageous women should be ashamed.

Let’s support those who seek to champion the cause of Jewish unity and justice in every way possible. Perhaps someday, we will be able to laugh at the bitter history of the injustices suffered by the brave Women of the Wall. Maybe then it will be a laughing matter.

Leila Gal Berner, PH.D., is the rabbi of Congregation Kol Ami, a Reconstructionist community in Northern Virginia and the dean of students for ALEPH: Jewish Renewal Ordination Program.
Distributed via OtherWords. OtherWords.org