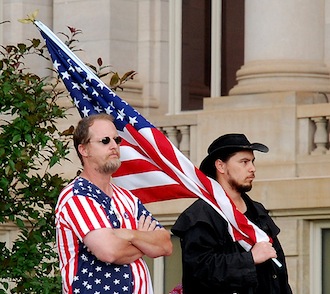 No North Colorado on the Horizon

National media outlets from The Wall Street Journal to The Washington Post and beyond have put the national spotlight on an alleged “movement” by a dozen Colorado counties to secede and form their own western state.

Actually, this is a wacky media stunt by right-wing operatives, who live in sparsely populated corners of the state. They’ve got no shot at succeeding or seceding. 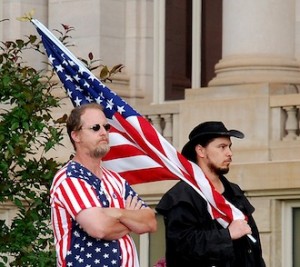 Here are the facts: County commissioners in a dozen deeply red Colorado counties voted to place proposals on the November ballot to secede from Colorado and form their own state of “North Colorado.”

The commissioners, who together represent less than 10 percent of Colorado’s population of about 5 million, have said they’re upset at the state’s government, which adopted gun-safety laws mandating, among other things, background checks before anyone can buy a firearm in Colorado. The laws followed the grisly shootout in Aurora that rattled the nation in the summer of 2012.

They also object to attempts to tighten regulations on oil-and-gas drilling, as well as a new law requiring rural electricity providers to produce 20 percent of their electricity from renewable sources.

In the minds of the secessionists, this constitutes a “war on rural Colorado.” It’s so unbearable, they say, that secession is the only option left.

The county commissions that are part of the secessionist group are lock-step in line with the right-wing of Colorado’s GOP, which holds extreme positions on energy, choice, healthcare, and other issues.

They’re ideologically allied with, but not part of, the group of Republicans who successfully recalled two Democratic State Senators in September to retaliate against their votes on gun-safety legislation. These recalls occurred in populous, Democratic-leaning districts, where secession would be laughed off the table and wasn’t mentioned during the recall campaigns.

That gives you an idea of just how far out there the secessionists are. Even in counties that voted to replace Democrats over gun issues, secession is a non-starter.

And even for the wackos who may really want to do it, it’s all but impossible. To form a new state, not only would county voters need to approve the secession idea, but so would the entire Colorado State Legislature by creating an amendment to the state constitution. The Democratic Party controls both Colorado’s House and Senate, and the counties involved account for about 7 percent of active, registered voters in Colorado.

And then, after this, Congress, both the House of Representatives and the U.S. Senate, would have to slap its seal of approval on the deal.

In fact, this idea is preposterous. But it fits the bill as a media stunt, doesn’t it?

It’s being led by elected officials, even if they are lowly extremists. This gives the stunt credibility.

As does the fact that actual people are going to vote on the proposition. An election is a great “event” to hang a news story around.

It takes place “out West,” which retains its outlaw image, despite the urban concentrations where the vast majority of westerners live and work, much like any other city dwellers in America.

The secessionist story has visual appeal, as video images of cows and ranchland serve as an excellent backdrop to commissioners in cowboy hats raging against urban elites who don’t understand them.

And it’s an entertaining story, with a typical American conflict pitting pastoral against city.

All of it combines to create enticing bait for reporters.

But don’t take it seriously, except as a novel way right-wingers are manipulating the media to promote their unpopular attacks on common-sense gun-safety, clean-energy laws, and other progressive legislation at the state level.