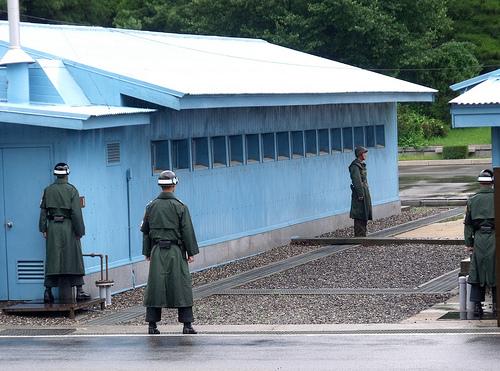 Inching Toward Progress on the North Korean Nuke Problem

The road to a negotiated settlement will be long and bumpy.
By Duyeon Kim | March 12, 2012

But it raises questions about whether this is a step in the right director or another North Korean ploy to gain concessions. Perhaps both. It all depends on whether North Korea will fully comply with the deal.

Pyongyang agreed, for the time being, to suspend uranium enrichment as well as nuclear and missile tests, and consented to having the International Atomic Energy Agency (IAEA) inspect its nuclear facilities. In return, Washington agreed to provide the regime with nutritional aid like vitamins and protein biscuits.

This deal, in the works prior to the death of North Korean leader Kim Jong-Il late last year, is undoubtedly a positive and necessary first step. But it’s only a small one, and future negotiations will be rocky. It’s unclear exactly how North Korea plans to halt its nuclear activities, when IAEA inspectors will set foot at the Yongbyon nuclear complex, or how much they’ll be allowed to see. 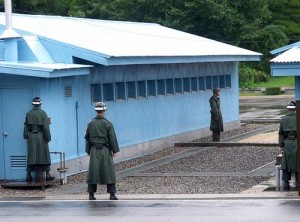 North Korea still wants the light-water nuclear reactors first greenlighted in a 1994 deal with the United States. But the Bush administration halted their construction. North Korea also wants an end to the economic sanctions slapped on it after its nuclear tests in 2006 and 2009. But Washington’s been firm that the regime must surrender its nuclear ambitions first.

Pyongyang will also demand food aid like rice, which Washington believes has been diverted to the military instead of those in need.

The new deal is aimed at laying the groundwork for resuming the six-party talks — a longstanding effort among the United States, South Korea, North Korea, China, Japan, and Russia seeking a peaceful solution to Pyongyang’s nuclear weapons program. But these negotiations have repeatedly broken down. The recent deal could also crumble if Pyongyang doesn’t hold up its end of the nuclear bargain.

Washington now faces a dilemma, especially in an election year: How demanding or flexible should we be to bring North Korea back to the six-way negotiating table?

The deal marks a baby step in the right direction and diplomatic activity has increased. The United States and North Korea met again to discuss the logistics for shipping nutritional aid. The IAEA is figuring out how to send its inspectors to Yongbyon. These are all the steps that should be taken.

But the road to a negotiated settlement that can end North Korea’s nuclear weapons program will still be long and bumpy. North Korea also has a history of showing flexibility to gain concessions. It could just be a matter of time before the regime calls an end to talks if negotiations fail to go its way.

The big question is whether this pact will lead to substantial progress or merely maintain the status quo.

Duyeon Kim is the Deputy Director of Nuclear Non-Proliferation at the Center for Arms Control and Non Proliferation. www.armscontrolcenter.org
Distributed via OtherWords (OtherWords.org)