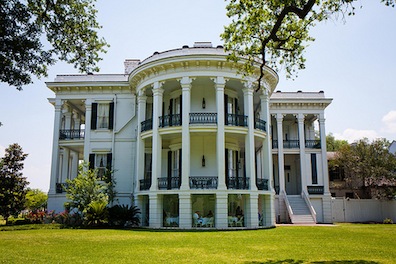 Nottoway to Make a Good Impression

If you claim to be a champion for the underdogs, then you probably shouldn't host your event at a former slave plantation.
By Sarah Browning | January 8, 2014

If you visit the website of Nottoway Plantation, a resort hotel, you’ll see a photo of a half-dozen people dressed in antebellum finery.

It’s a plug for Nottoway’s new mystery theater evening: The actors play members of the Randolph family who built the property. Or rather, the family that forced others to build it for their own pleasure. 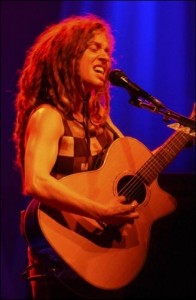 Because of course, the Randolphs owned slaves. (Full disclosure: So did my family.)

At the site you can also book your “Romantic Southern Plantation Wedding” and “offer your guests a glimpse into the elegance of a southern plantation.”

Or you can reserve the hotel for conferences and special events. Ani DiFranco, a progressive and thoughtful singer-songwriter, did that for her since-cancelled Righteous Retreat, a weekend of creative exploration.

But then black people — and others not inclined to celebrate the “elegance” of people who committed one of the most egregious crimes against humanity in human history — might not sign up for your retreat.

And they might get angry that DiFranco — long committed to the struggle for social justice and whose record company produces many artists of color — hadn’t noticed that Nottoway Plantation displays the bell system used to call enslaved people to do one’s bidding as its prized possession.

Apparently, DiFranco wasn’t part of the initial venue decision. But when activists pointed out to her that the location would alienate rather than welcome the very people she was trying to attract — creative women from all backgrounds — DiFranco should have offered a simple apology and found a new location.

Instead, she responded with surprise at the “bitterness” of the objections to this venue. In a long and defensive response, DiFranco said that when she learned Nottoway was a former plantation, she imagined that its past might become part of the conversation at the retreat, a “participant,” even.

But Nottoway doesn’t encourage reflection on its horrific past. It isn’t a site of mourning. If it were, and if the retreat had specifically addressed this fact in its promotional materials, then I could understand the choice. I would even congratulate DiFranco, a white American, for facing that history and helping us to tell its truth. 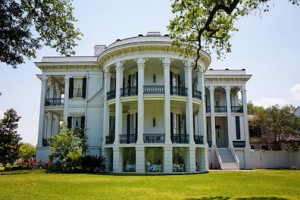 Instead, though, Nottoway celebrates the luxury that the enslavement of many afforded the few. Moreover, the plantation now belongs to an Australian billionaire who funds anti-gay political parties in his home country.

DiFranco also rightly pointed out that much of our national infrastructure was built by enslaved people, including the home of our first black president.

But then, again, the White House doesn’t include sentences like this one in its official history: “Randolph knew that in order to maintain a willing workforce, it was necessary to provide not only for his slaves’ basic needs for housing, food and medicine, but to also offer additional compensation and rewards when their work was especially productive.”

The outrage sparked by DiFranco’s debacle seems to have been heard at Nottoway. It replaced “willing workforce” with “compliant workforce.”

In the face of the uproar, DiFranco cancelled the retreat. But initially she explained that was not because the venue was the wrong choice, but “to restore peace and respectful discourse.”

The musician felt hurt by the “hatred spit at” her. This is understandable. It’s hard for us white Americans not to take the anger of black people personally, especially if, like DiFranco, you’ve worked hard to combat the still-powerful impact of slavery and racism.

But anger is a legitimate response to a society that pretends that the enslavement of one’s ancestors is merely a footnote to its history, rather than a primary text.

Four days into the firestorm, DiFranco got the memo and offered a simple apology. “Know that I am digging deeper,” she wrote on her blog. May the rest of us begin to do so as well.

Sarah Browning is executive director of Split This Rock Poetry Festival and an associate fellow at the Institute for Policy Studies. SplitThisRock.org
Distributed via OtherWords (OtherWords.org)