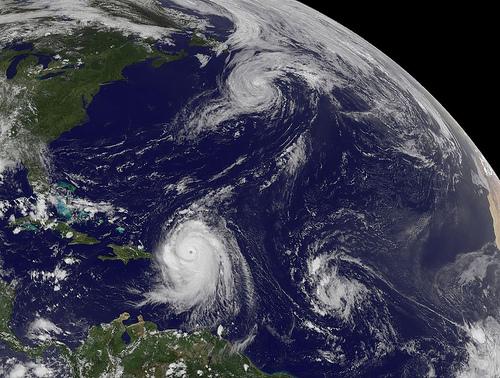 We must hold him accountable for living up to his visionary rhetoric and call him out on the shortsightedness of his energy policy.
By Janet Redman | November 8, 2012

Like most U.S. climate activists, I breathed a sigh of relief as the election returns rolled in. 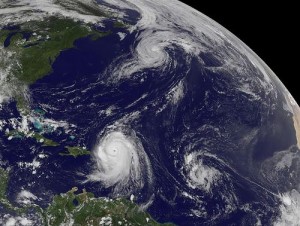 You didn’t have to be paranoid to fear that Mitt Romney just wasn’t taking seriously the potential devastation in store for us if we don’t change course. The Republican hopeful even tried to score political points by poking fun at President Barack Obama for taking climate change seriously.

And in his acceptance speech, Obama laid out a vision of a nation “that isn’t threatened by the destructive power of a warming planet.”

Still, it would be naïve to assume that Obama’s victory is a win for the environment or the communities most impacted by climate change.

After all, Obama has yet to break the deafening silence that lasted throughout his long reelection campaign. By failing to even utter the term “climate change,” he’s signaling that he still considers climate deniers a powerful political force. And it makes me nervous when I hear Obama talk about “freeing ourselves from foreign oil” as he did in his acceptance speech.

In the past four years his “all of the above” approach to energy independence has leaned too heavily on expanding drilling, pumping, blasting, piping and fracking for domestic consumption and export. Staying this course means more greenhouse gas pollution, more warming, and more storms like Sandy — or worse.

And his push to expand nuclear power under the guise of “low-carbon” energy is an expensive and toxic diversion from investment in clean renewable energy like wind and solar.

Freed of his campaign obligations and concerns, Obama is now free to be bold. We must hold him accountable for living up to his visionary rhetoric and call him out on the shortsightedness of his energy policy. He said so himself.

We can’t sit back and wait for Obama to lead on climate or anything else. We can’t abdicate the political space to Beltway lobbyists — even the ones with green credentials — to negotiate solutions to this most urgent threat. We need to organize and take action.

Here are some inspiring grassroots examples of people who aren’t waiting for our leaders to take action. They’re already building alternatives to our fossil-fueled economy while making their communities more resilient to climate disruption.

Janet Redman is the co-director of the Sustainable Energy & Economy Network at the Institute for Policy Studies. www.ips-dc.org