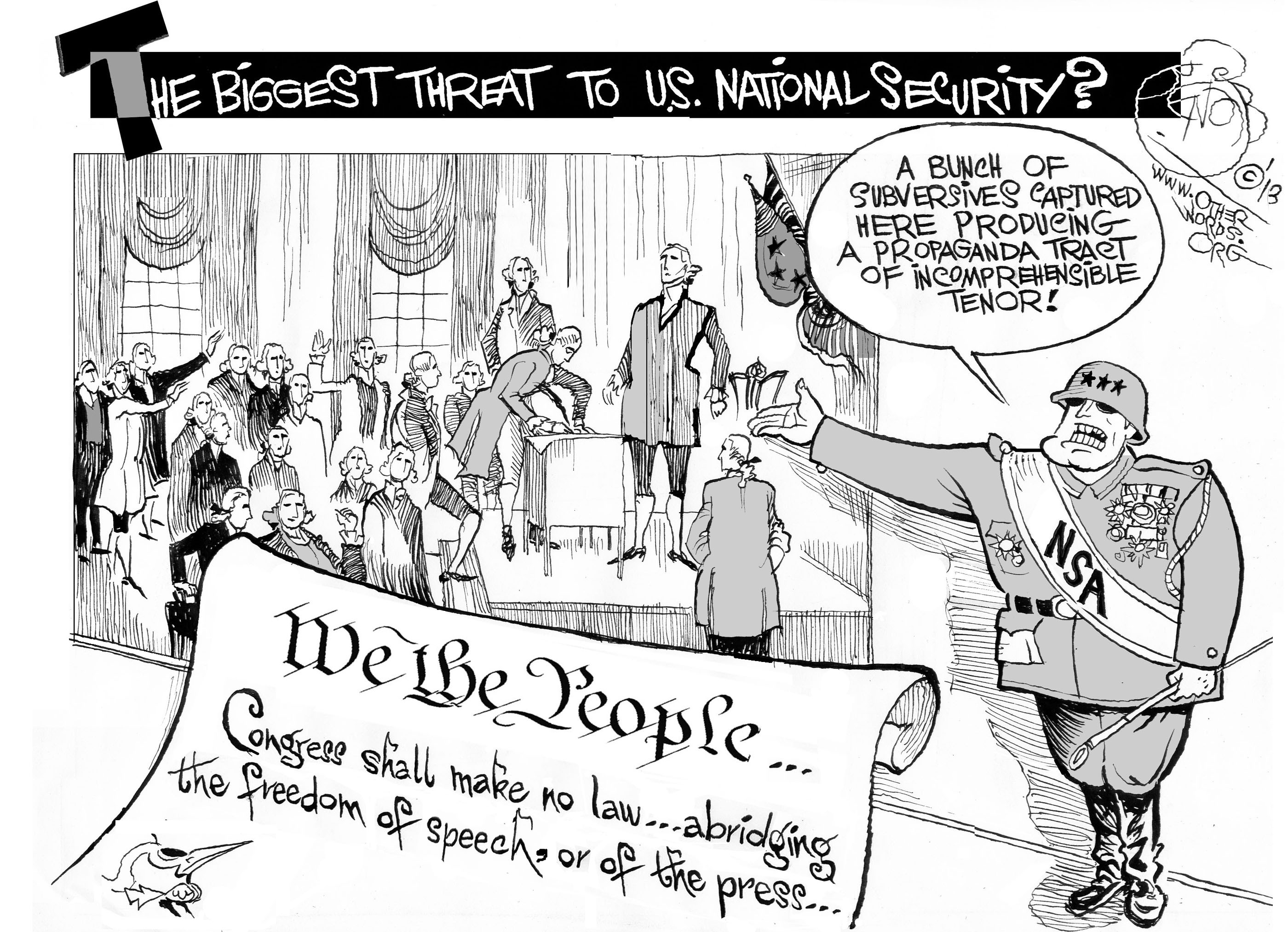 This Thriller Is Both a Joke and No Laughing Matter

Our spymaster-in-chief wants to deny the media the freedom to report on Big Brother's surveillance.
By Jim Hightower | December 11, 2013

In the standard spy thriller, our hero gets captured by agents of a repressive government. They take him into a dark interrogation room, where the sadistic spymaster hisses: “We have ways of making you talk.”

In real life, the director of our National Security Agency hisses at journalists: “We have ways of keeping you from talking.”

Well, not quite in those words. Gen. Keith Alexander, the NSA’s chief spook and head of U.S. Cyber Command, has revealed his chilling disrespect for our constitutional rights to both free speech and a free press. 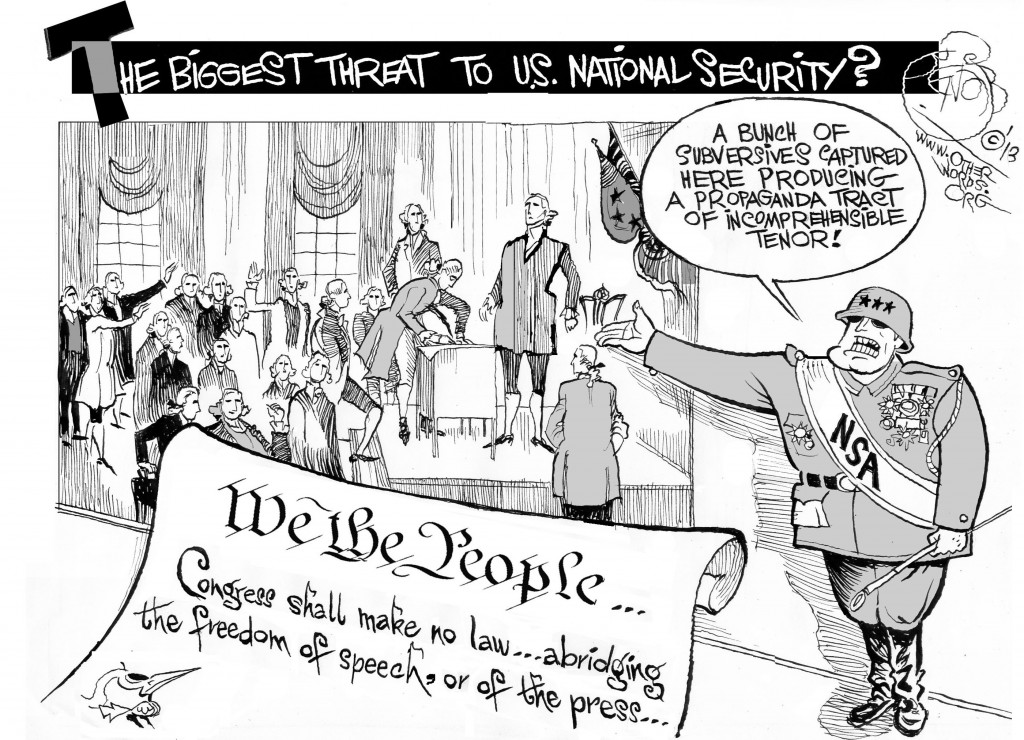 In an interview, he called for outlawing any reporting on his agency’s secret program of spying on every American: “I think it’s wrong that newspaper reporters have all these documents…giving them out as if these — you know it just doesn’t make any sense,” he told Politico‘s Josh Gerstein.

Then came his spooky punch line: “We ought to come up with a way of stopping it…It’s wrong to allow this to go on.”

Holy Thomas Paine. Alexander says he thinks it’s OK for the government to spy on us. But he wants to deny the media the freedom to report on Big Brother’s surveillance.

What country does this autocrat represent? Alexander’s secret, indiscriminate, supercomputer scooping-up of data on every phone call, email, and other private business of every American is what “doesn’t make any sense.”

It’s an Orwellian, mass invasion of everyone’s privacy, creating the kind of routine, 24/7 surveillance state our government loudly deplores in China and Russia — and it amounts to stomping on our Fourth Amendment guarantee that we’re to be free of “unreasonable searches and seizures.”

That’s the real outrage we should be stopping. But our constitutionally clueless spymaster is doubling down on his dangerous ignorance by also stomping on the First Amendment.

If this were a movie, people would laugh at it as being too silly, too far-fetched to believe. But there it is, horribly real.