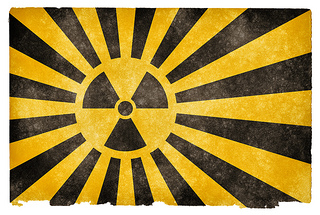 The former chairman of the Nuclear Regulatory Commission says every single reactor in the nation should be shut down, starting with the riskiest.
By Emily Schwartz Greco, William A. Collins | September 4, 2013

The first thing to remember about nuclear power is that it’s not safe. Just ask Japan.

The second thing to remember is that nuclear power isn’t cheap. Connecticut draws half its juice from nuclear reactors and has the second-highest rates in the country, after Hawaii.

The third thing to know is that everybody lies about it. The power plant designers lie, the builders lie, the utility companies lie, the regulators lie, and the politicians lie.

Take Tokyo Electric Power Co. (TEPCO), the utility that ran the reactors in Japan’s Fukushima prefecture that failed after a tsunami and earthquake struck. TEPCO still won’t admit just how serious a disaster that was and continues to be.

But kids living downwind are already getting thyroid cancer, fish in the nearby sea are no longer safe to eat, and radioactive tuna are cruising the California coast. As with the Chernobyl disaster, tens of thousands of people may never be free to return home.

Meanwhile at many U.S. nuclear reactors, efficiency is declining and the risk of accidents is rising. Unlike at a coal-fired power plant, you can’t just hit the off switch if there’s a flood, drought, or power failure. All those spent nuclear fuel rods have to be cooled for years to come, whether you have water handy or not.

In Connecticut, Dominion Resources is seeking permission to keep pumping water from Long Island Sound, even when global warming has heated that body up beyond the temperature allowed by federal regulations.

Still not worried? Consider this: Former Nuclear Regulatory Commission (NRC) Chairman Gregory B. Jaczko declared in April that he believes every single nuclear power plant operating in the nation should be shut down, starting with the riskiest.

This isn’t completely far-fetched. So far this year, power companies have announced plans to close five reactors. Most recently, Entergy relented on its mission to keep its creaky Yankee nuclear plant in Vermont operational over the state government’s clear objections.

At least 37 more reactor closures could follow, according to Mark Cooper, a senior fellow for economic analysis at Vermont Law School’s Institute for Energy and the Environment.

Nope. Most experts aren’t attributing this rash of reactor closures to any newfound safety concerns among the industry’s leaders. Instead, they’re blaming the fracking boom.

As it devastates the environment, cheap fracked gas is sapping demand for nuclear reactors and coal-fired power plants.