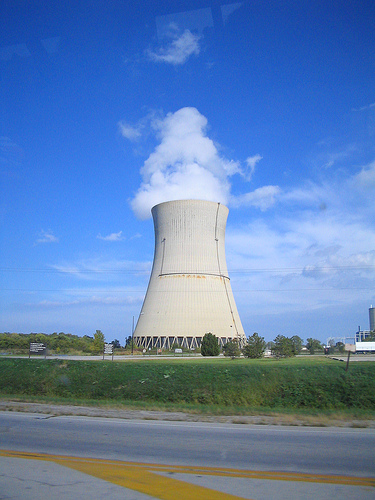 A Gust of Nuclear-Powered Hot Air

As prospects for building new reactors grow dimmer, the industry is posing as a climate solution.
By Emily Schwartz Greco, William A. Collins | May 28, 2014

Have you heard how nuclear power is a low-carbon solution that could ratchet down climate change? Even former Environmental Protection Agency chief Carol Browner is touting the industry for its supposed reliability, low-cost, and diminutive carbon footprint.

For years, including when she served as President Barack Obama’s climate czar, Browner shared the widespread green view best summed up by this slogan: No nukes is good nukes. 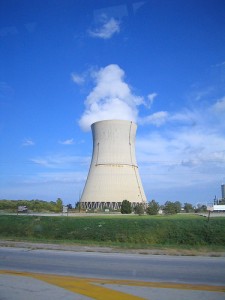 Now, she’s shilling for Nuclear Matters. This atomic lobbying outfit, funded by industry giants like Exelon, is trumpeting nuclear reactors as a climate panacea in full-page New York Times ads and any media outlet willing to listen to members of its “leadership council,” which includes a gaggle of senators-turned-lobbyists like Judd Gregg, Evan Bayh, and Blanche Lincoln.

As the saying goes, everything has its price. But what’s driving this nuclear-powered media shopping spree? After decades without any new construction, a total of five new reactors are slated to open by 2018 in Tennessee, South Carolina and Georgia.

Those projects were supposed to usher in a nuclear construction boom that’s not materializing for several reasons. One is safety. Another is the rise of fracking. A gusher of natural gas offers another dangerous alternative to coal-fired power plants that’s exposing the myth of nuclear energy’s so-called affordability as a flat-out lie.

For more than three years, the global media has tuned in with varying degrees of intensity to the steady drumbeat of fallout (literally) from Japan’s Fukushima catastrophe. After other ideas failed, the government over there is shifting into sci-fi overdrive with a plan to create a mile-long underground frozen wall to contain the destroyed power plant’s radiation.

Hey, if that doesn’t pan out, Japan can order its scientists to genetically engineer a Godzilla creature that guzzles radioactive seawater. The fact is that safety concerns have made Japan go nuclear-free, at least for now, by shuttering the reactors that used to generate 30 percent of the country’s electricity.

Some of Fukushima’s shockwaves are hitting Americans too. In a new lawsuit they filed against TEPCO, the company that operated the failed reactors, 71 U.S. sailors and Marines who delivered humanitarian aid when the Fukushima crisis detonated say they suffered radiation poisoning. They’re accusing TEPCO of jeopardizing their health by lying about the extent of the disaster.

In addition to its health and safety dangers, nuclear energy can trigger financial disasters. The risks are so vast that new construction requires federal subsidies and loan guarantees. Operating those reactors costs way more than hydro-powered or gas-fired power plants. Even decommissioning reactors costs a fortune, and it’s hard to see who will pay the tab for keeping those sites safe in the long term besides taxpayers.

The projected final cost for the two Vogtle reactors under construction in Georgia, for example, could spiral up to $16.5 billion, according to Taxpayers for Common Sense. If things go awry, the blow to the private companies building them will be cushioned by $6.5 billion in federal loan guarantees.

Meanwhile, the fracking boom — another environmental threat — is sparking the construction of power plants that are much cheaper and faster to build than nuclear reactors. For instance, a crew broke ground on May 20 on an $800 million fracked-gas-fired plant in Towanda, Pennsylvania that could be operating by 2016.

In other words, the nuclear business stinks in the United States.

It’s gotten so bad that French nuclear giant EDF inked a deal last year to gradually dump its U.S. nuclear operations thanks to dwindling profits and dimming prospects that it will get to build new reactors. Among other things, regulators decided that EDF can’t build a new nuclear reactor at Calvert Cliffs in southern Maryland.

There are far better, more sustainable alternatives that will keep the lights on. Among the best is wind power. Believe it or not, wind is quickly gaining market share in Texas. According to government projections, plummeting costs for solar panels could make sun-powered utilities more competitive than natural gas within a single decade,

Sorry Carol Browner, and your new friends in the nuclear industry. In terms of safety and money, building new reactors amounts to a lose-lose proposition.