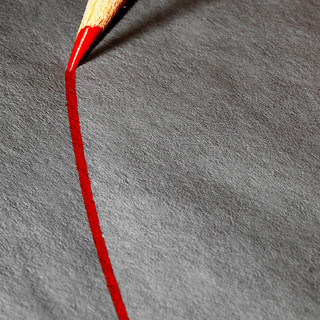 If Obama Hadn’t Drawn a Red Line, Would We Be Talking about Bombing Syria?

Obama should admit his mistake and move on.
By Mitchell Zimmerman | September 9, 2013

Can anyone say with a straight face that if President Barack Obama hadn’t asserted one year ago that the use of poison gas would be a “red line” for military intervention, we would now be discussing a unilateral U.S. missile attack on Syria?

They can dress this up as “maintaining American credibility.” In the end all that means is that Obama is too proud to say, “The situation has changed, and whatever I said earlier, I no longer think military force is the way to deal with the Syrian atrocities.”

How awful it is to admit you’ve misspoken. But it’s no better to kill a lot of people and risk retaliatory terrorist attacks and escalation. It’s no better to get embroiled in a civil war in which it is not so clear who all the “bad guys” are. Obama should admit his mistake and move on.

Obama and Secretary of State John Kerry are relying heavily on antiseptic phrases like “limited response,” “missile attacks” or “surgical strikes.” The way they talk ignores what happens when the missiles land: Human beings are blown apart. They die. And if the intended attack is anything like most other exercises of air power, the great majority of the dead will likely be civilians.

Obama and Kerry won’t say: “Since we committed ourselves to doing something, it’s OK for us to kill a lot of innocent people along with some of those we think are responsible.” Instead they say, “There may be collateral damage.”

I agree with the majority of Americans — 59 percent according to the latest Washington Post poll — who oppose the attacks. We’re right. Obama is wrong.

Killing people isn’t the way to respond to the atrocities. Instead, we should put real energy into engaging the world community to cause a ceasefire. We should seek to understand and recognize the concerns of all of the external sponsors of violence, on all sides, and seek accommodations that do not require more death and killing.

That isn’t isolationism, as Kerry claims. It’s responsible internationalism, internationalism that does not assume our country has a unique right to perpetrate acts of violence that other countries must yield to.

“Doing something” doesn’t require that we dispatch warheads to kill a lot of Syrians.

When America ceases to act as though it’s the world’s policeman, and not bound by the laws and conventions that others must respect, we will, surprisingly, find our influence for peace has actually grown.