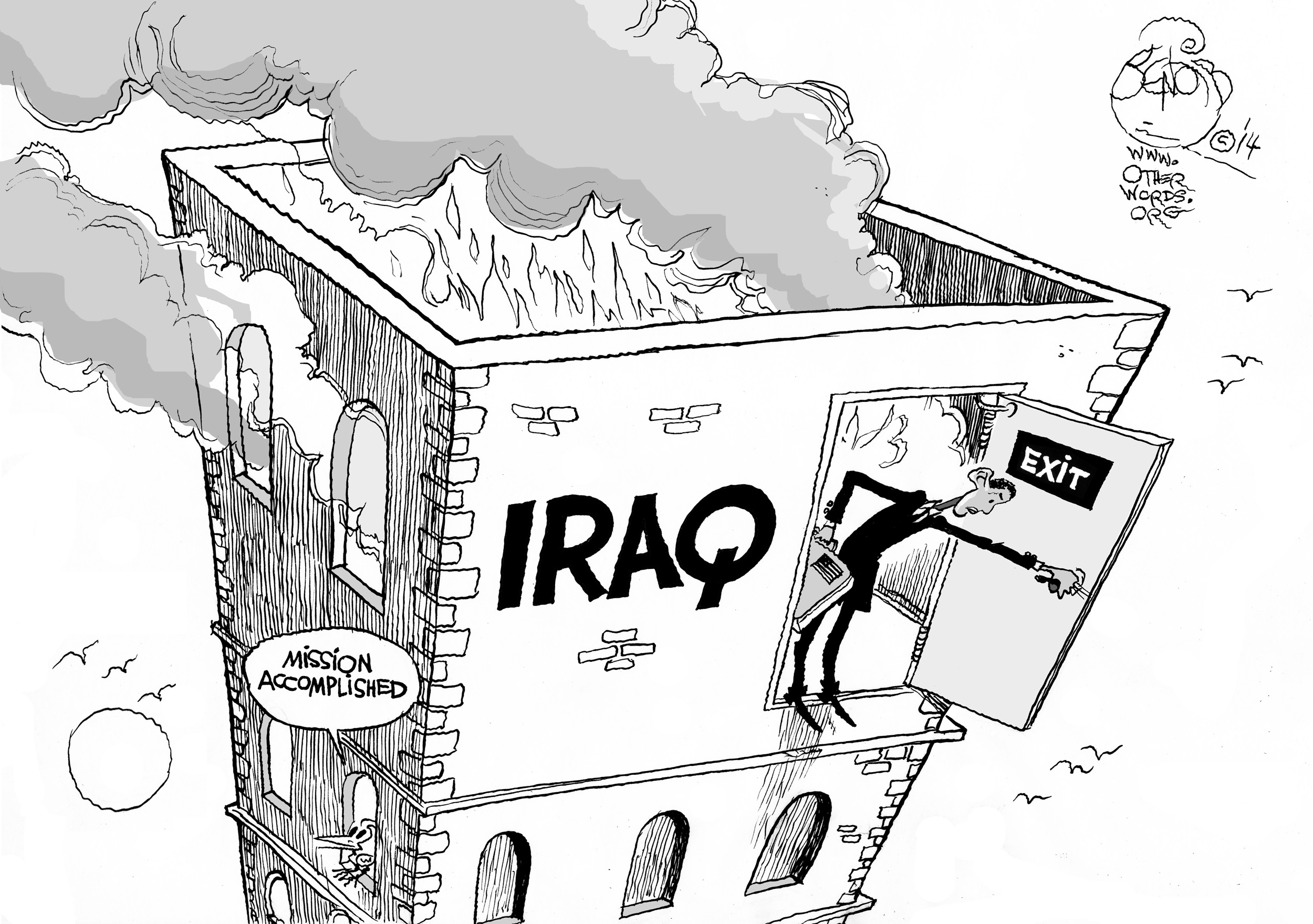 Not Much Better than Bush

Especially when it comes to addressing the refugee crisis, Obama's Iraq track record doesn't mark much of an improvement over the mess his predecessor made.
By Amanda Ufheil-Somers | July 23, 2014

President Barack Obama got it right when he declared: “There’s no military solution inside of Iraq, certainly not one that is led by the United States.”

But his Iraq track record doesn’t mark much of an improvement over the mess his predecessor made. 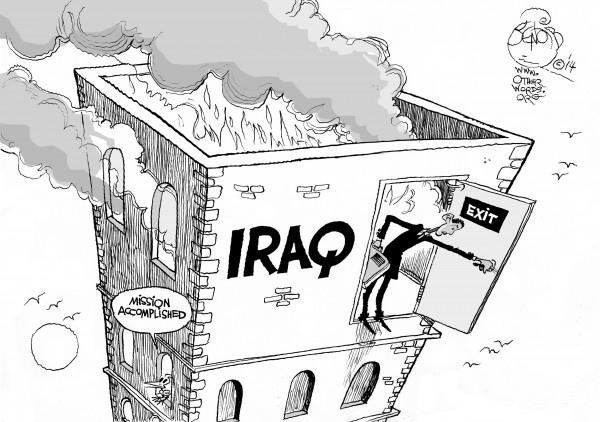 The June takeover of Mosul by the militant group Islamic State of Iraq and al-Sham (ISIS) — a group born from the devastation wrought by the U.S. invasion — has only escalated the mass displacement of Iraqis that the Bush administration sparked in 2003. Half a million people have left Nineveh province in the last month. They’re only the most recent exodus in a six-month-long wave of displacement from western and northern Iraq as ISIS has fought its way across the country.

As ISIS moves toward Baghdad, aerial bombing and clashes with the Iraqi military and local militias have driven thousands of Iraqis — mostly Shi’a, Kurds and other ethnic and religious minorities, but also many Sunni Arabs — to safer areas in the south or to the territories controlled by the Kurdistan Regional Government and its security forces.

There are now nearly 3 million internally displaced persons in Iraq. Over 700,000 of them remain displaced from the war following the U.S. invasion in 2003. Many thousands of Iraqis who had escaped to Syria have returned to Iraq because of the civil war there, along with over 200,000 Syrians.

Most of these returnees and new refugees arriving from the north have taken shelter in Kurdish towns (some in construction sites), or in camps set up by the Kurdish government and the United Nations.

And strained resources, combined with the temporary visas granted to non-Kurdish Iraqis, have forced many people to return to ISIS-controlled or embattled areas.

Iraq now faces a dire refugee crisis that is both humanitarian and political. Washington has promised $12.8 billion to fund services for refugees and internally displaced people in the current crisis in Iraq.

Money can do much to serve the immediate needs of displaced people for shelter, food, medical care and education. But money can’t buy a political solution to the crisis of legitimacy afflicting Iraq’s post-war institutions, tainted as they are by the sectarianism fostered during the U.S. occupation.

Nor can money relieve Washington of its obligations to help the thousands of Iraqis who have applied for permanent resettlement outside of Iraq. The Bush administration accepted only a few dozen Iraqi refugees a year until 2007 — primarily because it didn’t want to admit that there had been no “mission accomplished” in Iraq.

In the first year of the expanded refugee program, fewer than 2,000 refugees arrived. By this past May, the U.S. government had welcomed a total of 103,000 Iraqis. That may sound like a lot. But compare it to the 72,000 Iraqi refugees that Sweden — a country roughly the size of California — has admitted.

U.S. refugee policies favor members of persecuted religious and ethnic minorities, and there’s a direct application process for Iraqis whose lives have been threatened due to employment or involvement with the U.S. military, its contractors, and American media outlets. But the approval rate for those whose applications are referred by the United Nations and the International Organization for Migration still hovers around 40 percent.

With the instability in Iraq, many American diplomatic staff have evacuated, including those responsible for refugee applications. The process is stalled precisely when it should be working overtime.

In 2009, Obama said that the United States has “a strategic interest — and a moral responsibility” to help displaced Iraqis.

No matter how fervently Washington tries to wash its hands of Iraq, that moral responsibility remains.